This section, along with Time & Space, is undoubtedly the foundation of my existence. Since everything I do comes from my thinking, then it only makes sense (only now) that I talk about this aspect in great detail. Below, I take a step back and look at my ‘thoughts’ thru a powerful yet straightforward lens.

The World of Thought as an Invisible Force 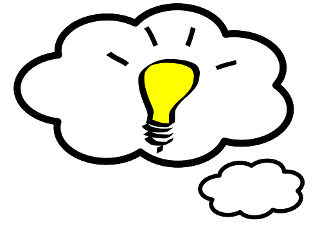 Now because ‘thought’ plays a huge role in my life, is also a regular place I’m troubled from, and my attempt to fix things using the non-troubled, better or aiding other half would always fail or be too short-lived, it was only logical that I delve deeper into my thought’s nature.

Otherwise, I could stay and continue the shenanigans on the surface as usual, hunting for an elusive ALMIGHTY mental-piece that would end all ails. But why bother? I’ve played games for far too long already! The refinement that I project might provide a sense of something helpful in a quick pleasantry or two. But the reality is, the paradigm under which I operate is still the same.

I use an ancient old technique to escape a negative by scouting my mind for positives.

Over the last couple of years, an overwhelming interest drove me to better understand my thoughts, especially after trying everything else. This out-of-the-box task meant I’d look into all the energetic packets of influences embedded within or behind my thinking, so I could work everything out. Something said, Lee, go find out whatever it is that’s serving up the KICK.
In a deep scan, I started watching my mind translate information from either a clear or unclear image because I could easily get smacked from any one of them with potent psychology that largely impacted my behaviour.

Therefore, since these tiny psychological-snippets ROCKED my world and moved me to extremes at both ends of the pole, in the greatest of pleasures and horrific fears, then I knew it was time to get into gear and look closer.

Previous | Home | Next: What’s a Thought?