The Main Files Folder The Two Types of Mind 2

Without question, my biggest motivator of all time was extreme fear. Thankfully, that’s now downgraded to a manageable system (but not before leaving an invisible mark behind). After a line of troubling behaviour escalating from a kid, this ultimately led to detention from sanity, along with a bullying staff who I perceived as being no better off than I was. Perhaps, even worse.

In other words, God put me in another room with other delinquents and special people. 🙈

In the funniest of ways, off I briefly went to a psych ward for the very first time (1 of 2 times to be exact). I got sent to
a specialised timeout corner where I lost all my power! Though I should point out that the stay was only brief in Calendar Time terms. Perceived Time, on the other hand, was a TOTAL different story. My perception of time made the experience drag on sooo freakin’ slowly. At times, I often thought that life was actually moving in slow motion — frame by frame. To be clear, it was a dense and murky atmosphere with piercing voices attacking from all angles. It’s only natural that one would desperately want to escape from this because they wouldn’t know what the hell is going on!

I can only say that I got served the weirdest sentence by an unconventional justice system that does its own thing at another level.

To be honest, I’m still catching my breath today!

In 2010, my potent mix of predictable and unpredictable behaviour ended up crossing the line (that’s the short story) and society unconventionally excommunicated me thru the secret back door. Again, it also felt like forever since landing inside a Severe Time Compression Field, which is a time warp that turns a minute into a much longer frame of time.

It Was Full On!

Basically, I became next level unwell in a matter of days and tripped hard without a clear end date. As a result, I landed in a nuthouse in a creepy way because of other elements involved.

From what I remember, I was accompanied by a dark force that was unlike anything I’ve ever experienced before. Also, I felt that everyone I encountered was now out to get me! I tried to differentiate the real events from delusion, the poison from water, but it was tough since it all appeared so real. I was flicking between multiple realities which were joining onto the one negative-powered Super Narrative Slide if that makes sense. Perhaps what I needed most was a room full of Priests instead of Doctors.

In short, I felt that I was finally at the end of the road as everyone around me had just turned hostile. Though, even if this was the case in reality, it would be deserving because I was a little on the rogue side of life during this time.

In the state I was in, it felt like the general consensus was… “Lee, there’s no one here to help you anymore. You can only expect bad things to occur from now on”.

Interestingly, I have always come back from a dose of drugs regardless of the concoction back in the day. But definitely not this time… Instead, in 2010, I got booted out of Time and Space and landed at the outskirts of reality where I only just managed to grip onto something in arm’s reach (with absolute desperation), which changed my outlook on life forever. Therefore, this special elixir in my system (or God’s delicacy for me as the better way of putting it) turned my life upside down. Which actually put me right-side up again, since my life had already upside down from living a backward way. No one could ever anticipate such a change of mental scenery though. What a way to apply discipline 🤯! I’m sure I was at the gates of hell when I got issued one last pass to get it right.

Whatever entered my system in 2010 packed a punch I certainly wasn’t ready for.

To put it all into perspective, over five calendar years (only a small part of which was spent in a psych ward), I experienced a quarter of a century, which is why I’m still out of synch and have trouble communicating as every ‘one’ and ‘thing’ is so different today.

Stripping back all of life’s stories & filters, I’m now left in outer space… 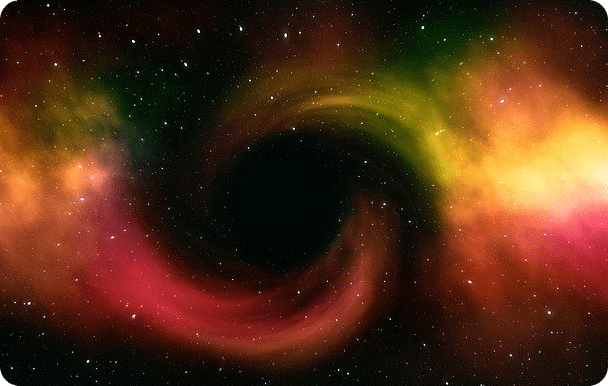 Oh, crap… I’ve just veered too close to a monster black hole because I’m having so much chaotic fun.

However, instead of being spaghettified, I translated pivotal information at the very last minute. I slingshotted out on another trajectory at hypervelocity while another body of mass I was entangled with tore apart.

In other words, my god took the other bad me, or most of him and his trail, as one part of my ‘binary system’ got sucked into the void. Fortunately, he left the healthier one intact for everyone today ‘😇’. Though be warned, a few neutrinos from the other/wild me escaped and still remain alive and well…

Either way you look at my scenario, I’m just happy that right now my signal is finally freakin’ clear! 📡

Consequently, it’s taken immense mental and emotional effort along with crucial contrasting space (slowing the up & downing over the years) to undo the magnitude of what I got myself into. And even with most of my mess cleared up, this undoing is still underway. I’m still dissolving remnants that I feel tight around my head and neck.

Continue reading the next page for more odd challenges…