When things get a little complicated or specific, angle brackets <labelling an important message> are used above and below a series of paragraphs to contain these thoughts. The syntax is simple:

Next, is one or more paragraphs elaborating on the nature of the label… (aka Value)

This is the information I carefully transmit.

I have an important message that carries meaning.

This is my closing tag at the end of the container. In this case, <End: Identification Complex> would be used.

Why all the fuss? This structure allows for a smoother installation/update in one’s head. It has also helped in the development of this website.

Q. Is ‘being mindless’ the solution to reducing my internal pressure to an optimal level?

A. Yes, but it’s complicated. Being mindless IS about reducing your internal pressure. However, if you aren’t careful, the process of becoming mindless can lead you astray.

First, I don’t want to be the idea and strictly conform to its content, which is what I do when I overly attach myself to an idea.

By becoming ‘something’, in this case ‘Mindless’, I’m attaching my energy to the content inside an idea, thereby identifying with the idea itself. Consequently, this opens up the gates for a likely bombardment of other thoughts that can easily inflate my new identity with extreme feelings that go both ways. Usually, there is glory, praise and self-idolisation on the one end, while pity, ridicule and humiliation await me on the other end.

What I noticed was that when the ‘positive inflation’ side played out, which I usually didn’t mind as I became king of the mountain, the other side, namely the ‘negative inflation’ side, wasn’t too far away. Straight away this was problematic since it meant I was about to be cast down to the bottom of the barrel! And what made this trauma even more frustrating was when people broke my sacred religion, causing my ego to come crumbling down as my Altar was smashed and my holy-home devastated.

So, is ‘being mindless’ about holding onto the idea?

No, it’s not. Look, I don’t want to be anything (or if I must, I’ll be as little as possible) since my energy gets consumed in a mix of unnecessary positive and negative fluctuations, which will ultimately affect my behaviour by not letting it flow. Sure, I would love all the positive sensation, but not at the cost of the crippling resistance gripping my highly sensitive mind now that I’m aware of what is going on. So, no to me ‘being mindless’ or anything of the like, which means not identifying, attaching or conforming as much; i.e., not worshipping and defending mental images in this competitive unreal world we all share.

Keeping my trance-like state returning numerous times a day as the narrative played and replayed used to be the number one priority in my life. It was the only thing in the world that made me feel alive and free. And when one becomes completely spellbound by this magnetic state of ‘super-enhanced self’, which is self-hypnosis in a nutshell (seriously… what else can it be called?), one is more susceptible and sensitive to the negative projectiles from either what they or someone else shoots back in the consequential thinking — also known as the attacking overflow of information that has bite.

Yes, that’s right! If it wasn’t someone else attacking me with details of their stronger features that I found extremely painful when compared to certain aspects of mine, I was the one tearing my identity apart in an internal war I had created just after the peak of my trancing. Or when I had just depleted my positive fuel reserves only to then start burning through on the negative fuel instead.

‘Glory’ & ‘praise’, when it goes beyond a practical dose in my daily usage (if such a dose exists), is a process that does me no good and gets in the way of me being more switched on.

You see when I’m heavily invested in the imagination and someone attacks my mindless ‘home’, ‘symbol’ or ‘bible’, or finds a crack in it, or shows me something stronger from inside their idea making factory (and they will!), I’ll spend considerable energy plugging-up the perceived flaws of my mental bastion. I’ll continuously fix it, reinforce it, guard it, hold it up and cherish it so I don’t get hurt anymore. Not to mention all the rockets that I’ll fire off towards their Altar in my retaliation.

Unfortunately, we all now live in a world where everyone fights for control over the narrative at whatever the cost. We highlight only certain important features for our own benefit, while suppressing or deflecting from the other undesirable or weaker parts (those annoying against-facts that often get in the way) in order to gain or maintain the overall advantage. In some cases, I’ve seen a major skill involved in the playing of this game. But this isn’t a game I want to play anymore.

Untangling From the Idea

So as the idea gets hurt it means I’m hurt! Can’t you see that this is what ‘identifying’ is capable of?

By getting carried away, ‘grossly identifying’ becomes the energy sucker of all suckers. Nowadays, however, I’m confident when I say that I’m not as affected by the running narrative in my community that influences its members to be more of this and more of that.

All up, I realised that whenever I had overly glorified things and aspects in the past I left myself open to being called out on the weaker items I had neglected and ignored. These naturally became my fragile parts in life. Unfortunately, as my insecurities rose to the surface because of someone bringing attention to them, I would instantly deflect from them and started to attack something else in my defence either directly or indirectly. Otherwise, too much exposure would invariably bring me shame and disgrace while my whole world came crashing down.

Not only that, but I also realised that after years of identity-sensationalism that turned my psyche into a junkie, I got more and more knee jerky against any information that threatened to take my title away from me, disrupting my usual flow of ‘positive self-inflation’. Therefore, I built-up a massive Altar that actually made me weaker and weaker as time went on from having too many fronts to defend! In order to avoid such undesirable states of mind in the future I knew I had to free myself from this inferior programming of worshipping thy self. 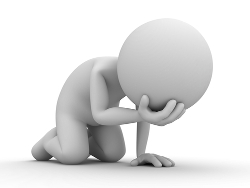 All my life, I was told that my power was in identifying. But it’s so far from the truth in another backward revelation!

Let’s go over everything one more time…

Again, I’m no longer interested in continuing my old-ways where the mechanical nature of my mind incessantly over-inflates words, symbols and images that are claimed as an extension of me. And all for what? It’s for the same old roundabout thing! It’s for my usual reward of psychological stimuli (mind candy) that will soon flip to fear:

Within this habit or complex of extracting the positive from my identity which makes me feel worthy if not superior, the reward which is supposed to move me forward in my life gets caught up and the energy is redirected straight into my ego, causing it to inflate and I fly off on a stale high. Then… or not long after, things shatter into pieces as something inside me gets hurt and I come crashing down from within my burning Altar. Therefore I end up moving every which way except forward.

Or you can say that I am weakened over the long run by taking these inflated or enhanced associations of both myself and others way too seriously. I give away too much of my power for no good reason. But mistakenly, I see a good reason 😕!

At the end of the day, my energy gets clogged up in a cycle, and I worship PLUS defend all these words/symbols/representations to death, destroying any real value that could be used to improve my life.

Therefore, the simple message is… Don’t take ‘being mindless’ seriously. Otherwise, I’ll put unnecessary pressures on my mechanics by becoming attached. Because if it’s not one idea, it’ll be another, another and another.

Perhaps ‘living mindlessly’ or ‘I’m mindlessing’, or just ‘lessing-along-in-life’… is the better way to put it. It conveys a message not to be taken seriously. 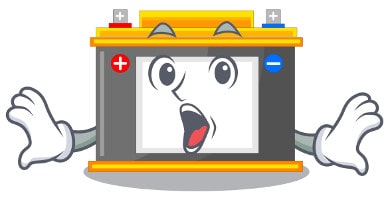