Observing 1up-1down energy transfering between us is what’s needed for a better outcome. Whereas, being consumed in the never-ending loop de loop between pleasure and fear, reinforcing my position on the better side of the playing field is what makes me stand-out from the crowd, and feel fully alive. Without this involvement, I believe I’ll be at risk of a mundane existence in a stark contrast of remaining totally uncharged forever. Therefore, the more I observe the system, the less I’m consumed by the perpetual cogs of the system.

When I am consumed in positive feelings, it means I’ve raised my 1 UP HIGH and showed it off to the world. While in the meantime, I have forgotten all about those opposite negative feelings that are far, far away from me.

Can you believe that we are actually all in this over a fight for psychological territory, hoping to gain space and energy in the real world, to match our inflated egos?

However, do not fear as I’ve finally found a workaround to help alleviate the excessiveness or unnecessary weight that a 1up-1down carries. And, it won’t cost you an arm or a leg. In fact, this serving’s on the house:

A Small Serving on the House (New Optimally-Charged House)

Today, the only thing that helps alleviate the smackdown in a significant way and takes the weight off my shoulders is knowing that I’ll always fall short of a permanent win the moment I’m on the field. You see, serving a 1up is forever bound to project back. Otherwise, how else can a ‘1’ stay a ‘1’ and sustain itself? How else can it stay standing up?

Unfortunately, it can’t. The moment I hold my 1up UP, it attracts attention and eventually loses value by one way or another. Not only that, but the pressures are now increased as I have to work even harder to gain back my advanced position on the field. The say it takes far more effort to stay king than it does to become king. (I’ve never been King in the real world to really know.)

It’s only a matter of time before someone else in line bumps me off the better side of the 1up-1down playing field. 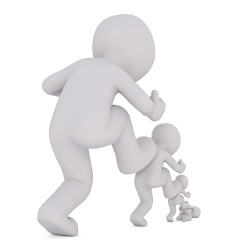 Now, to the fun part. Here’s an equation that helps us ‘be on the field but not of it’. If it makes sense, you have just been patched.

0 x 1 will always return 0 in an endless gaming environment.
(The state of losing charge is perceived as a 1down.)

1 + 1 = 0.9. A lesser congratulations. Normalisation begins which activates a demand to receive more charge.
(The state of holding a charge reduces charge.)

1 + 1 + 1 + 1 + 1 + 1 = 0.5. Registering less charge. There is now a loss in value as my ego inflates with a stale type of high that increases self-centred activities. This constant decline in value makes even the greatest of victories feel shallow and worthless.
(Help, I’m at risk! I need to experience 0 again in order for a healthy achievement to power things on.)

For freedom on the playing field, I accept this unreal trophy as a perpetual one to be shared. But not for a while, so back the hell off! 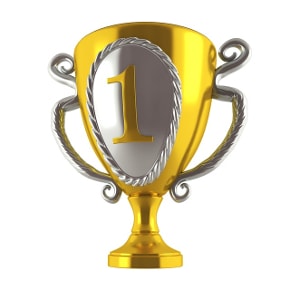