If the past has taught me anything today, it would be ‘better storytelling’ to get a clear message across to my community. Unfortunately, a few years back, I found difficulty in putting my words together to express a thought (let alone a fully fledged story).

From what I know of humanity, stories bring people, communities and cultures together. While on the other hand, they can separate them to great lengths as well. Personally, when I get lost in a story it’s usually because of the comfort created. I’d muster up enough pleasure from a series of crafted words, images and symbols that carried just the right mixture of good emotion, including a few dashes of fear, placed in the perfect parts of a film or book.

Also, if the concoction is super-good, I drift off in another dimension altogether. I’d become king with a leading narrative who has thousands or even millions of followers at his beck and call.

The pleasant remembrance or influence of a well-written story can carry on long after the show has played. Unfortunately, the same can be said the other way around, in a fearful remembrance, which we will uncover shortly.

Story-Static indicates a complex set of ideas that were supposed to transmit a clear meaning, but ended up failing miserably because I talked too much gibberish. If I can’t explain something clearly because of psychological distance and an unusually high-urge to close the gap, I naturally force a greater level of refinement to my thought process. I cause a dictionary to spill into my response. And a messy one at that.

Ideally, my mission is to transfer ‘meaning’ from one mind to the next with as few words as possible. But when I’m miles away and under immense pressure, I’m only assured of complication.

Regularly spilling Story-Static as the unclear picture from increased processes, or too many words and too little meaning, means I’ll stay at a great distance from everyone. 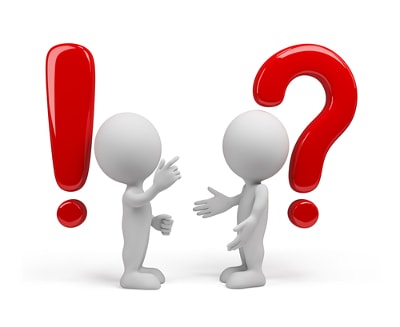 The Impact of a Poorly Executed Story

When the mix of descriptions used in a story is not quite proportional or is out of place, containing either too much or too little fear or pleasure, it can lose its effects on my train of thought and I move on. Otherwise, if the story is proportional and well put together (potent), it can create an impression that leaves me either very satisfied or discontented with the meaning behind it. In fact, the unsavoury taste of a story can carry on long after the show has played, sometimes far longer than its positive counterpart.

Similar problems can occur when I’m playing the role of storyteller. In my earlier response to a story, or when it came down to delivering a deeper message back (one driven by a strong sense of urgency), rapid fire in my thoughts complicated everything, affecting my relationships, both large and small. And it didn’t matter whether those words were written or spoken, as I couldn’t get the damn message out in either way.

Unfortunately, when in this cluttered-state, I can’t help but fly cartwheels and handstands in my sentences, always adding more than what’s needed. In a blink, I would easily clog up both my page AND the space in front of me (from a poor connection) while transmitting little-to-no real meaning at all.

Therefore, I went Backwards in the traditional way of Level 1.

So I kept asking myself…

Why is this? And, how the heck do I get my flow back while simultaneously laying down the law?

Fortunately, that’s when I discovered the benefits of going Backwards in the new and improved Level 2 way, the way of Less.