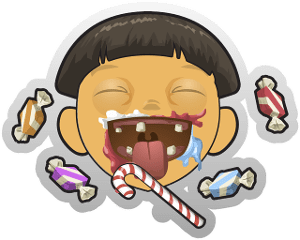 SNIFFING AROUND was my number one priority growing up. I used to sniff for something of interest, latch onto whatever it was, get over it, then aim for the next.

Like most my age, I found it hard to stay within set boundaries while enticing smells lingered.

From all my memories that register pleasure, I naturally want similar experiences or explosions to replay over and over. However, during the next run, I’d like more of it, and for longer please.

With an attracting force driving the helm upstairs, these taste-enhanced mental projections, showing a potential to manifest into matching blissful REAL experiences, get me to behave in a certain way. I want to actualise my thoughts into reality, so I attempt to follow the idea’s plan to make it so by adjusting my routine or the way that I behave.

If the plan is successful, I’ll collect my greater reward in the physical. I’ll cash in on the outer world by bridging the gap in between my thoughts and actions.

But it wasn’t that long ago when I remember barely moving from the projection phase at all. Instead, I’d almost always stay there, in theatre, as my mind did all the behaving for me, all the laps. Flicking thru one projection after the next at record speeds, I didn’t have time to wake up and enter into the Real World.

Because here I was, comfortably seated in the one dimension (Unreal) as a sharp, superman type figure. Where, in an instant, I could theoretically fly to whatever lengths I wanted and either save or destroy the universe I’d created. Like a god, I could either raise or tear down these images I tastefully or distastefully painted, which is how my life’s energy got stuck in the realm of unreality. I mean… Why live in a boring reality when you can live like a superhero in an unreal world? 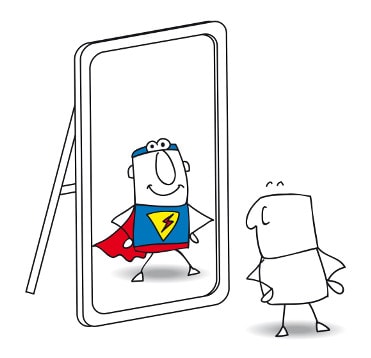 Having bent the laws of physics to gather an unheard-of amount of strength, speed, power and magical abilities to succeed and dominate, I become far more superior than anyone else on my screen. Here, in my illusion-reinforced domain, I ruled and could do anything I possibly wanted to at any given time. However, the only unfortunate part was I couldn’t turn this field into a reality, which was where my issue laid.

I was unable to channel my desires into reality because I was too busy flying sky high and running useless cartwheels and somersaults upstairs. I lacked a crucial understanding that could have bridged the two, gifting life to at least part of my projections, whether they were silly or not.

In other words, I lived inside a Complex where my mental activity ran at an all-time high while my physical movements in the Real World ceased to flow. In which case, life suffered. So, after a good hard look into what was truly at the heart of always diving into the imagination without slowing for a breath, I decided enough was finally enough.

“Lee, it’s now your time to let go of the exotics and hand in the cape for a chance at the Real.”

By understanding the vast differences between the two dimensions I faced, which was first in the Real World, and second in the Not-Real or Unreal World, I finally knew of a complex that owned me.

Although, I ought to point out that my first stepping back from the role-playing or narrator of desired life was much easier said than done.