From the get go, I’ve always had trouble channelling my willpower efficiently. However, today, I feel that I have finally grown alongside this player in the sense that it is needed far less than ever. For once, I’m not gripping on as tight to my willpower or forcing things in place as I used to all the time.

While in a previous habit, not only was my willpower heavily internalised, but it was forever jammed in my face by others as well.

“I need more willpower to do this and that.” And… “Lee, use your willpower properly and get it done!” 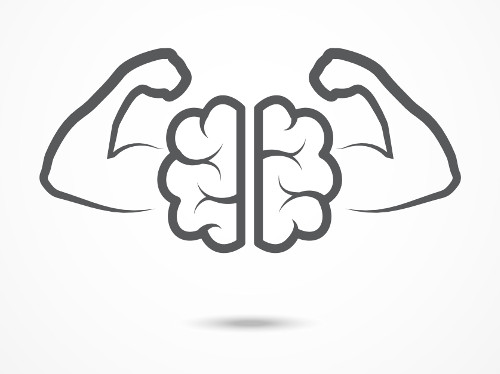 The Push From an Idea

When I use my willpower in the traditional sense, I force my behaviour along a particular line using increased pressures from behind my ideas. Otherwise, without this, I might end up doing a sloppy job, or I could quickly turn away from my goals.

But as you may be aware by now, traditions aren’t my strong point. And, these poor outcomes were almost always guaranteed no matter how I used my will. Which now brings me over to a new approach on the issue, with the ‘less of my will involved the better’, fresh attitude. It is especially important to go this way when dealing with an odd type of mind that cannot get things right from the start, being the weaker mind I once carried.

Now, let’s say I need my willpower to complete a task ahead. Straight away, I question myself with “Why do I continue to burden myself with a function that I have recently worked out comes with such a heavy footprint on my mind? How do earlier thoughts of creativity and inspiration end up lost behind the voice of an ill-equipped enforcer?”

It appears that an energised mindly voice enters the scene and a new sales pitch starts hyping up and making promises, which convinces me to submit to this will. Therefore, it is now my will to participate in and complete something important to make my life better in one aspect or another. However, when it comes time to actualise my goal-driven behaviour and put the work in, I fizzle out. In which case, I get chased down by yet another voice, an ‘enforcer’ mindly voice to whom I feed excuses to.

For example, in the case of a positively-driven reward that creates a Will-empowered idea, a build-up of persuasive mind chatter at the beginning (a pro-force) eventually draws in objecting or resistant thoughts (an against-force) down the track or when it comes time to pay the bill and materialise the idea with action. Which, in total, bottles up excessive mental pressure on the inside, while any potential forward/productive movement fails to get released properly in the real world.

You see, when my will was driven by reward and not punishment (positively-driven reward vs negatively-driven reward), I felt the appeal dominate only in the beginning, or when at a distance from the actual task. But as usual, things wouldn’t stay this way for long and resistance soon took over as time closed in.

Extra clarification: Avoiding a punishment amounts to a negatively-driven reward.

Fizzling Out Before Take-Off

Here are the two main reasons for resisting an activity when powered by a Positively-Driven Will as the task came closer to my reality:

Whether for reasons of pleasure-seeking in a goal or in my attempt to avoid fear, conflict, discomfort, pain or punishment (Negatively-Driven Will Protocol, the other of the two motivators), I’d try my best to follow these directives that were pushing towards an objective.

By using an enforcer to align the physical to meet the needs of the mental roadmap laid out (which is ‘will’ in a nutshell), I was under the impression that this was the only logical thing to do, and I had to see it thru.

So from the idea powered up by ‘my will’, a highly-combustible force that overruns my mind, I’d reach thru my inside world to the outside world in order to get to my treat. Or at very least, this was my everyday attempt at it.