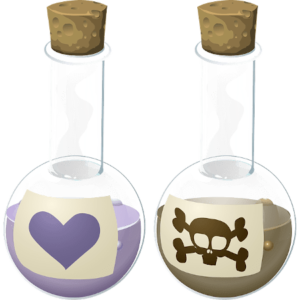 People often asked… How the heck did you make it back from such a wrecked state of being?

And my answer was “I decided one day I was going to change.”, which left out many details, to say the least. However, since I made life complicated this was the easiest and most convenient answer to give at the time.

Truth is, I only made it back to sanity after I turned down a lucrative offer from the darker forces in our world in early 2013, which also messed with my head because it was also an ultimatum. It was one of the weirdest yet most influential days of my life, being responsible for many major changes. I definitely didn’t anticipate a secret meeting to play out which occurred on the Gold Coast (my home), in Australia. You see, that’s what happens when you neglectfully allow a tricky trojan to penetrate your sphere of influence from a lifetime of bad behaviour and decision making.

Long story short, I left a mess behind within the ranks of Law Enforcement and domestic security back in 2010. No, I wasn’t a police officer or anything of the sorts. I was definitely on the other end of the book, but not so much in a grubby way, as I felt I had higher standards than your average grub. You could say that I piled up a lot of criminal debt over many years, and then I looked for a way to bankrupt myself or shift the mess elsewhere in desperation for a fresh start, which ended up stirring the pot in my corner of the world.

Unfortunately, I ran myself into the ground over a long period of time by simply not looking after myself or my community, being extremely selfish in my ways. What can I say? Other than I was corrupt and surrounded myself with the like-minded. Yet in my defence, it was the way things were back then, or at least it was in my world. Every third or fourth person I came into contact with was running a shortcut in life. I put a part of this down to when the Brits dumped some of their garbage here two hundred years ago.

So what ended up happening? I amalgamated with these new contacts like heavy metals naturally do when they come together.

Truth is, at one stage, I broke the law almost every five minutes across different states through my network of people, which made me feel extremely powerful as I felt I was ‘getting away with it’ by avoiding responsibility. But it was always followed by a strong sense of guilt and regret as something else inside made me feel quite sad afterwards.

When my ego was out of control I thought along the lines of “I’m the KING of the underground!”, which was actually nonsense because I was far, far from it. But then, another line of thinking came in when it had a break and read out “I’ve gotta stop this crap once and for all as I know I’m better than this.” Or “Tomorrow I will change into a new person and put my skills to good use” was also popular. At least, the two better thoughts I had would help me get some sleep when I was really struggling at night.

I’ve often travelled from one end of the spectrum to the other most of my life, thinking it was quite normal for me. Though I’ve now realised that if one is not pure evil (or a good part evil) while living this way, this inner conflict will continue to plague the mind and any business model or type of behaviour attached to it. Fortunately, my level of evilness was small and temporary, being environmentally acquired, and not being rooted in my genetics via the mean gene.

Coming back to 2010. Towards the end of this era of corruption things started to not feel right for me, far more than usual, which seriously affected my mood and disrupted my flow in daily life (which was totally clunky, in hindsight). This was when I truly realised that I was at the end of my road and that something seriously bad was about to happen. Without a doubt, it was my first real psychic success amongst the chaos. Being shady for so long meant that I also drew in many other shady influences, thus causing overall darkness within and around my being, inviting in the tricky trojans, if that makes sense.

Although there was a hint of light involved that made up a faint voice on one shoulder, which thankfully illuminated and spoke more and more goodness from this point on. Still, the darkness or devil voice on the other shoulder wasn’t going to fade away any time soon. From then till now, I’ve seriously had to crawl my way back on all fours to the land of light (or one with more compassionate light). And to be fair in my transparent approach, I was also addicted to Xanax at the time which is a kick-ass, highly addictive anti-anxiety drug that creates temporary annexation from a range of pressures. Therefore, being out of touch with reality, it can easily play tricks on the mind. Not knowing real from unreal made it all the harder to choose a path that would lead me back to a normal life once more. But somehow, I seem to have made it through.

With too much going on, and a deeper feeling of dire consequences about to come back and bite from years of thinking ‘I was getting away with everything’, I decided to pull the pin on this lifestyle using whatever methods I could. With a bit of research and insight from watching a friend (now an ex-friend), I began toying with my state’s Corruption Watchdog who were the official ‘checks and balances’ for professional government things within the community. After seeing this friend deal with them and getting rewarded immunity on drug deals past and current, I thought I’d also get their attention, but only for a fresh start.

Long story short, my way of redemption was very unconventional. I threw a spanner in the works by voluntarily spilling the beans on myself, first and foremost. Not once, but multiple times (which really ruffled some feathers), as the first time didn’t work out too well. It’s been a strange ordeal to think about, let alone try to explain to people.

To help disperse the darkness around me, being tied in with a powerful hidden community operating in the background, I had to make the self-sacrifice first by clearly putting myself on the chopping block before any major pressure or kinetic energy was applied my way from Karma, which wasn’t far away. Weirdly, it was an all-in approach that I would later learn was perfect timing as there was probably something else installed for me just around the corner. That is, if I had not captured the attention of the Watchdog at the perfect time with the aim of my redemption.