Understanding the Belief Complex or the God Complex as a standout object of my affection and authority has made an enormous impact on my life. Also, understanding God as a system of thought made into a powerful character, where he clearly excludes himself from the negative side of things by separating from the devil; i.e., a less fruitful but still powerful character in an opposing system, has also made a significant mark on my life. Of course, it only makes sense in this light that both these leaders, systems, or ends-of-the-pole-personifications must meet somewhere along the line and take turns at running the show, turning things upside down and then back right-side up. We live on a Bi-polar Rock that doesn’t accept anything less.

My findings on God & the Devil are that each parent system of thought is ENTIRELY dependent on the other. One finds leverage on the other until the other eventually dissolves it. Then the other gets leverage to use on the first one, in a back and forth movement.

Thankfully, my now solid acknowledgement that NO higher power ever existed on one end of the spectrum only released me from constantly and exhaustively juggling the ‘opposing ends’ of my mind. In other words, seeing this full-sized pendulum within my psyche meant less conflict and stronger relationships in my everyday life, and for once, I made it to steady ground.

Whereas previously, or when I first stepped outside conventional methods in an attempt to get myself on track, I got stuck many lightyears away from absolutely everyone (though I have made the long journey back). I was completely glued to a chaotic outlook in a heavy narrative that overwhelmed every aspect of my existence (which I explain more in the next page). So for a while, I had little-to-no hope running frantically through my veins, and lived inside fear in an almost full time drained position. Any other short-lived time, I was either running on a high or completely tranced-out on a dope-filled idea that I found short-term value in.

At one stage, when I was so dulled down in bad foods, chemicals and thoughts, barely knowing my left from right, not even God himself could have saved me. I wanted everything in my world to fall in place in terms of finding a higher power to hold onto and learn from. Except, the reality was I was still too caught up in refining my thoughts.

On the one end, I kept relying on these strong but very short-term rewards out of certain words, symbols and images I’d recklessly fallen in love with, which I now know as ‘my god’. Then on the other end of the scale, I was deeply entrenched inside a line of negative thinking which had its own words, symbols and images, which I now know as ‘my devil’.

Therefore, maintaining my dull and tranced-out, escape-driven mind was the biggest priority in life, and my God was wherever these conversions lay. This now brings me to the conclusion that in order to disperse my devil, I had to let go of my god. 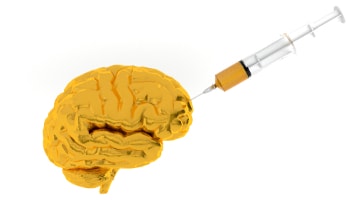