I hope this doesn’t put anyone off too much, but I used to love making explosions back in the day (it does sound better than ‘making bombs’). I’d follow a few simple instructions on the new dark web and would Let Her Rip. 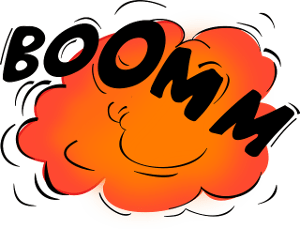 Not only did I create a major outward spark, but inwardly, WOW… what a thrill, I remember. What a sensational spike in my brain chemistry!

It was the mid 90’s in a small coastal town hours from any major city and things were relaxed. You could buy precurser chemicals wearing school uniform back then. Thankfully on my watch, even though I was only 14, no one got hurt. Mind you, there were a few close encounters. 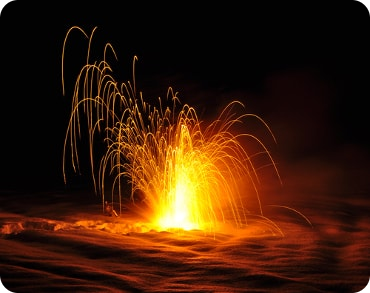 Chemical reactions continually fire off on the inside, and also all around me. However, throughout life, many of these processes now appear plain, if not superordinary. Or I cannot zoom in close enough at the cellular level OR out far enough to a planetary perspective to enjoy the spectacular fireworks that our wonderful world has on display. Or if I do, I’ll definitely need the right equipment first (though I’m sure it would be short-lived as well).

Influence hitting the senses is what makes my world, MY world. As all my input systems work together, the brain adapts, and I come to an overall feeling or sense known as a state. It is now a State of Mind I live in gained by the explosions from chemicals reacting all over the place, including the odd, subtle field beyond the physical landscape that not everyone can sense.

But since many of these reactions have run over long periods, some over my entire life, I barely even notice the effects anymore as each shake-up had finally settled down, normalising into just an everyday experience of life. In fact, these once-mighty spectaculars that no longer captivate, as events that spill from billions of years of life making and breaking, I can’t help but now take it all for granted.

Moving From a Sense of Satisfaction to Normal

During my speck-of-a-lifetime (compared to Earth’s), I’ve watched and felt my amazement and interest towards numerous things and aspects turn to less satisfaction and normalise. All while I veer off in the hunt for another toy to play with or more sugar to feed on. I’ve seen the less-than-normal, the abnormal and the seriously-above-normal multi-versions, with each potentially carrying a strong sense of appeal, flex and mould into the default-normal I know today. Or simply, things turn into the boring-old-normal through the simple process of time.

Yes, both the less-than-normal and abnormal can also be intriguing and grab at my attention. Therefore, my take on ALL VERSIONS of normal nowadays, including anything outside the bounds of normal, is extremely dynamic, broad and diverse. Unfortunately, what happens next and rather quickly is the appeal nectar drains away, and any attention that was glued on the ‘thing’ or ‘aspect’ in question disappears.

Meanwhile, I simply hunt for something else to tap into and indulge in as my boring-old-normal (very normal) junk list grows bigger and bigger.

The Sense of Fear Raised From Each Version

Unfortunately, things don’t always go to plan when I discover new things and aspects, and my initial emotional response can be far from satisfaction. A life event can be perceived negatively and I immediately repel against a particular type of normal with instructing thoughts of how not end up here again. Because, just as each ‘normal’ version can intrigue and attract, others will translate into an undesirable experience on another side. In which case, my attention gets glued on a fierce sense of resistance until I work out a sure way to escape it.

When I can’t make a bad taste pleasant, or at least neutralise it halfway, it means that a tormenting narrative has come out of nowhere and taken control over my mind. If I feel anxious from a certain representation or behaviour coming from either some ‘thing’ or ‘one’ (in symbolism or a person) potentially taking from me or hurting me, demoralising me or belittling me in any way possible (physical or ego), I get fixated, tense up and lose my natural flow. I get stuck on a negatively charged version of normal which makes me feel uneasy.