Just another alternative view of the pandemic.

With so much information circling the net along with the fast-moving nature of the pandemic, this project is constantly undergoing changes. However, feel free to read on…

Whenever you tune in to mainstream media these days, it seems the subject of covid is all but inescapable. Expert after expert is called in to provide the latest answers and insights, giving us comfort in this time of crisis. However, if you take the time to really listen it becomes clear that these experts are communicating on a very superficial level, seeing only one way out of this debacle through the firm use of vaccines. In the absence of substantive answers, more and more questions have been springing to mind.

Is there a deeper meaning behind this new hybrid bug affecting all corners of the earth? It’s hybrid simply because no matter how much social distancing you do, you cannot escape the hold that covid-19 has on the human psyche. It infects both the lungs and mind of its host, and you can be a world away from the actual biological essence while still getting drained by the sheer idea of it.

Are there key factors or data being ignored, either deliberately or not? Is there a cleaner way of debugging the situation than solely relying on beta version patches one after the other? (Jab 1, 2, 3, etc.) Project Bug is a small open-source, alternative project designed to explore the nature of the ‘bug’ and to ultimately encourage a more balanced, holistic approach to beating the pandemic.

This project attempts to address those questions, along with the following questions and comments that keep arising. But don’t be suprised if we end up with even more questions by the end. 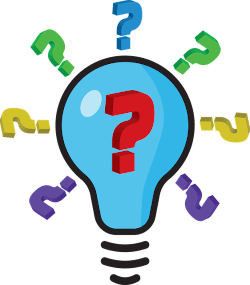 Is health a contributing factor when facing the bug? Exercise, living in clean air and good hygiene practises should make a host harder to reach.

Is diet a contributing factor when facing the bug? If getting more vitamin C and increasing fluid intake can help with the flu, surely such things should be helpful with this bug too.

Why do some people who have never been vaxxed or previously infected with covid-19 return negative results after being exposed in high risk areas? We often hear that there are some people who just don’t catch it.

Does the constant meddling of meat and livestock cause problems and overload or disrupt the immune system in any way, leaving people vulnerable to bugs? Before I even get to this question, I ask myself whether us humans have to stay predominantly carnivores. As I look at my claws and jaw, I see great potential for foraging through our vast plant network for cleaner nutrients and untold power. Besides, the dark and middle ages are over, and so is the need for large amounts of animal energy. I often wonder if dropping it back a notch could really help improve our situation.

Do antibiotics and any other chemicals used in livestock (or food in general) play a role in exposure to the bug? If not by the first infection, by a secondary infection from a buildup of resistant bacteria (karma cells)? Both antibiotics and the resistant bacteria they create can pass on from food-producing animals to humans. The concern is that a tiny bit of something multiple times a day, several days per week for years on end, all adds up. I’m hearing just as many fatality reports of bug complications than from the bug itself.

Does stress on livestock affect human health, leaving people more vulnerable to the bug? Surely the less than ideal conditions inside cramped farmhouses are bound to come with a price as animals aren’t able to express natural behaviour.

Does climate, pollution, hygiene and spacing of people play an important role in how the bug survives and potentially thrives? Look at some of the huge differences between Australia and India.

More specifically, does living in an area where there is an above-average percentage of the population choosing alternative eating lifestyles impact the region? I live in the Gold Coast, Australia, roughly between the Sunshine Coast and Byron Bay area (most eastern point of Australia). All up, my region is sparsely populated and home to the highest percentage rate per capita of vegans, vegetarians and pescatarians, but to what effect?

How big is the gap between what actually takes place in our world and the information being filtered and presented through media outlets? Some things just aren’t adding up.

If humans played a larger role in the outbreak, what is the most rational explanation or reason behind such a move? The quest for power as a primary reason would leave too many loose ends behind for a project of this size. Does a ‘just cause’ exist?

Now, time to unpack it at all.