Having felt that something wasn’t right for far too long, I moved to the new Level 2 Backwards Way, aka the stronger way. ✌🏽

It’s Not a Conventional Idea 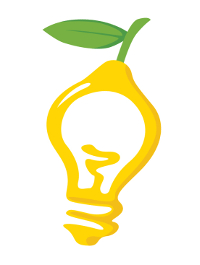 Mindless has immense meaning for me because I know how a dominating mind feels─that about sums it up. And the very reason why it is unconventional is that, in this Mindless idea being examined and explained, it ends in not sticking onto a negatively or positively charged image. Whereas traditionally, one would quickly get emotionally caught up by such a word. Forget textbooks and reputation describing the original meaning, I’m now learning from the experiences that have shaken and rattled my system to the point of redefining the word altogether.

‘Mind’ to me feels unnatural, strenuous and not the place to be. However… If you don’t see the ‘Default Mind’ this way, then Mindlessing has little meaning on the good side, and this website might be useless (tho I hope that’s not the case). In fact, this could stir you up instead and you may wind up wanting even more mind.

The ‘less’ or ‘lessing’ part indicates reduced pressure in a total lifestyle shift through smaller, more natural changes, rather than a larger effort that deals in short term remedies only. Or, rather than in my continuous habit to fix EVERY issue by consciously striving to maintain stability at the surface. What a DRAG it is to keep up with that one!

Instead, I now know what a mind is from experience (that godforsaken pressure), and I observe my urge to engage in lifelong habits or more complex thinking from all the stories that follow when such a mind starts drumming (aka the sticky stuff). Or, on a deeper level, I GET IT and it’s dropped. The idea is immediately released since nothing gets taken seriously. Nowadays, I leave any seriousness to the general minded folks who are better equipped to handle it.

No Story or Narrative ever gets taken seriously anymore or is significantly charged in either way. Otherwise, I’m bound to the law of opposites in my mind which pull against each other in a never ending tug-of-war.

This approach is for those who have tried everything else and failed. A completely fresh insight gives me a real chance to learn about myself and others. Because when I’m learning and not bogged down in short term fixing, which is constantly fueling and depleting my psyche as I go round and round in circles both mentally and physically, I’m lessening my overall pressure for the long run.