To successfully replace the ingrained meaning of Mindlessness (ignorance and carelessness) with something strong and sensible, we’ll have to go slow.

My Journey Into Lessing 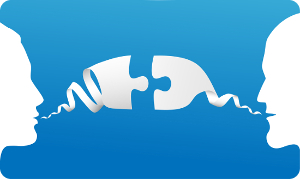 Because of its shady background and trickier nature to grasp at the deeper level, you can bet your life that I started well in the red a few years back when trying to work with the word Mindless. Everyone thought I went nuts! However, once I got past all the prejudice and negative connotation, I was able to break the term down into two clear and meaningful pieces of information that I could actually relate to and work with. To clarify, those pieces are ‘the real definition of a Mind in my life’ and ‘the need to have Less of it’, which is straightforward when looked at in this sense. Right?

But again, my troubles didn’t end as I found myself dealing with another issue when trying to stick the two parts together. You see, although I wanted the second part to essentially cancel out the first part, my brain had trouble computing the equation of
1 + 1 = 0.

The main challenge I faced and always had was a ‘More-ish Mind’ that could never get enough, even when it came to the notion of ‘Less’. Thus, I would always get caught up when applying Less is More wisdom and would actually end up demanding More of Less if that makes sense. I was essentially stuck on More by obsessively hunting ideas envisioning Less in a roundabout way. Don’t worry if that seems confusing, it will soon become perfectly clear.

I tell you, it’s so easy to make a mess over the desire for anything, let alone over the desire for Less. Therefore, I soon realised that I was up against a major force, and perhaps the most stubborn of them all… myself, specifically my ingrained conditioning to always react to situations with thought. Do you know how hard it is to react to a pressurised issue without relying heavily on the mechanics of thought? Obviously, some scenarios require an ongoing thought process, but not all of them do. Most need thought to be released instead of being pushed aside and replaced by yet even more thoughts.

Fortunately, with great commitment, research and development that led to this website today, it’s now possible to softly introduce this tacit core idea named ‘Mindless’ to an open audience. And what a word to start working on out of all options that I could have chosen from. I surely do know how to pick ’em.

Over a secretly executed campaign stretching beyond six years now (as of 2022), whether those around me knew it or not (mostly not), I finally grew some Mindless Fruit from the Mindless Tree to share with all of you today. Otherwise, if I had not taken this particular approach via the subconscious mind, then I definitely wouldn’t have ANYTHING worthwhile to offer anyone.

How did I get stuck on more ‘Lessness’ back in the day?

Life tells a hundred reasons why Less is More is good, and we have all heard them. Overall, it points to less consumption of either physical or psychological energy for the sake of a healthier, caring existence which is its own virtue.

However, if I go ALL IN and exert greater pressures hunting for Less (which was my habit all the time), by compulsively chasing down ideas and ideals that describe many variations of ‘Less’ attributes, i.e., anything tied in with less energy consumption and less waste (which makes me feel that ‘extra’ special), then it means I’m being my usual More-ish Self again. As a result, I’m not getting the clearer picture from Lessing at the deeper level as I ought to. Instead, I enjoy the taste of all these ‘ideas of Less’ and stay with the same old up and down pattern of More.

My 3 Stage Up & Down Pattern (Untamed Positivity)
« Previous
Next »