The idea of lessing is nothing new. Various traditions spanning human history have tackled the problem of a more-ish mind, finding numerous ways to help one reach their full potential. Meditation, for example, addresses this issue in its own way. By following instructions, i.e., to focus on such things as breathing, a burning candle, or the sound of a mantra, it allows one to shift their focus from the chatter of a more-ish mind, commonly known as ‘monkey mind’ in meditation lingo, thereby regaining clarity and control.

Once a mind is clear, the person can use it to better effect their day to day existence, thereby enabling a happier, healthier life all around. Thus, the goal of ‘lessing’ on The Mindless Life is similar to the goal of mediation in general, just approaching it from a different angle to cater for an odd mindset, calling it the new Level 2 way. In which case, a tweak is required so that an odd mind won’t get caught up or create complications in their life.

Who knows… the general mindset might also benefit from a stronger understanding of this world. Besides, we all cross paths daily, so why not improve our relationships with one another while we are here?

The Mechanics of a ‘More-ish Mind’

Explained… This is my conditioned more-ish mind on duty (which is a mind demanding more of this & more of that). Technically, it’s a fragmented machine that is used to escaping reality for whatever reasons before entering the next phase in a cycle where it isn’t happy or satisfied because it doesn’t get its own way (hence the fragmentation). Each interchange can take place by the second, minute, hour or day.

Its Birth… A more-ish mind is born out of a mind that is used to receiving/converting a certain flow of ‘stimulation’ or ‘fuel’ of some sort before getting disrupted. As I have observed in myself, my mind goes from a line of good thinking which creates a pleasant state with the potential for elation, to then being stuck on bad thinking when its muscle or processor becomes exhausted or clogged up, leading to a pitfall of stress and anxiety. Therefore, my mind at this time can’t register any more good and pressure builds as a result of wanting it all back. 🥁 Condensed/Pressurised Thinking – The overthinker who is stuck in the red.

A 'More-ish Mind' In the Real World 🌏

A good way to envision the problems of a more-ish mind can be to liken it to watching sports. As you sit watching the player or team of your favourite sport (football/tennis/basketball) maneuver the ball you go from one extreme feeling to the other, from anxiety to elation. For instance, when the opponent is on a roll you get anxious for your player or team. Next minute (or second), your side gains the advantage and you feel elation at their success instead. Anxiety to the left and elation to the right. Then mid-way or by the time the game reaches its first or second ad break, you’ve already jolted up and down, side to side, and now have a sore neck to deal with!

When applied to your mind in daily life, this is a never-ending back and forth of emotional energy, which can cause you to lose sight of yourself and the world around you. If you aren’t careful you can lose hours or even days watching the exchange of energy (the ball) shift from negative to positive (one player to the other) while life essentially passes you by. At some point you need to step back from it all, recognise that you aren’t part of the match, and that your life exists outside the stadium.

Removing oneself from this endless tournament between up and down is what lessing is all about.

The Mechanics of ‘Lessing’

“As I observe these jolts or stronger waves, I notice that my mind slowly starts to behave”
(also known as entering the new Level 2 way or a stronger version of ‘Lessing’)

Explained… Ok, so I’ve had enough of it all. Something inside me clicks and I start seeing my circular programs — escapes and demands in action and rotation, and I continue watching: Now something steadies the pace and allows a greater space between each ‘blah’ as I go from drumming beats to a new humming in the green.

An 'Updated Lessing Mind' In the Real World 🌏

Imagine you are having a conversation with someone about politics, and the conversation quickly escalates to a debate. They keep resisting your ideas, presenting annoying things that you keep disagreeing with. Now, there are two ways to handle this.

As a more-ish mind you will always find counterarguments that make your ideas seem right, regardless of their true value. The aim is to not let them make you look bad or silly in the process. You need to win, and so you find ways to attack their opinions while defending and strengthening your own position. Even if winning isn’t possible, you are determined to stick to your guns and go down with the ship if that is what it takes.

An ‘Updated Lessing Mind’ recognises the primal need for one-upmanship, thereby enabling you to avoid the pitfall of an ever-escalating, unwinnable debate that can only drain all involved. Now, rather than trying to prove yourself at the expense of others you can simply agree to disagree, or even better, consider their opinions in order to expand your way of thinking productively. In short, instead of losing yourself to competition you’ll have more room to play with the conversation, explore other areas, or you can simply avoid a toxic scenario by choosing to not engage in the compensation that drives a more-ish mind.

No matter what you choose, the important thing is that you initially see the reaction of hard-wiring that drives you to dominate every environment you find yourself in. Sure, you can try to ignore it all and carry on with a funny feeling in your tummy for as long as you want. But from here, you’ll never be able to unsee this deeper process again. If you can rollback, you simply never saw it properly in the first place.

To understand the overall stronger ‘Lessing’, let’s briefly look at the original version, starting at meditation.

‘Traditional Lessing’ (aka being mindful, general meditation) is my effort to bring an immediate change in my state of mind through a  program or demand  that redirects my attention, however subtle or intense these default commands go on pressing.

“Focus on your breathing to slow down your mind”

In other words… my attention is taken away from the troubles by manufacturing a psychological space via a deflection method. In this case, I also stimulate the parasympathetic nervous system with my breathing to help quieten the sympathetic nervous system physically responsible for turning the heat up. Following on, lighter, positive suggestions are then used to further compensate for the negative or heavier pressure, which ultimately causes a temporary shift in my state while any outstanding problems go dormant for a short while. What more can I say…? This process is my beloved release valve!

From ‘winding-down’ using subtle influence to ‘escapism’ using social media, booze and drugs (blatant escapism), I can apply the appropriate sweeping force that clears my mind to the side.

Whereas ‘Mindlessing’ or ‘Being Mindless’ (in a light-hearted sense), is to simply observe deeper and see these programs INTERCHANGE from a positive to a negative, then back to a positive again as the relentless cycle begins to unfold. In turn, this allows a natural shaping to take place gradually. Thus I won’t be so up and down over a LONG TERM investment.

Needless to say, this ‘cleaning up’ can only occur once I acknowledge my typical noisy mind and its interchanging, 😖 otherwise all this jargon will make little sense. The word ‘Mindless’ would continue its labelling across inferior qualities.

‘Lessing’ in the new Level 2 context stems from another world and isn’t a conscious demand. It occurs naturally from observing at a wider, deeper angle.

What Is the Potential Negative Consequence of Lessing?

Typically, a general mindset will be able to manage their ‘lessing lifestyle’ more efficiently. Otherwise, it is an OVERLOAD that consumes people.

You see, when things get busy busy busy upstairs regardless of good or bad, this can act as a hypnotic weight for a Highly Sensitive Mind (off with the fairies!). Which means there is a greater chance of complacency in the outer world and problems obviously to follow. 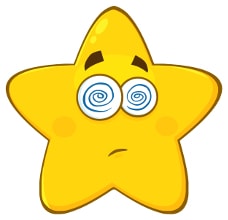 Highly Sensitive People are people who absorb either more or a different range of stimulation than others which creates another reality for them with a slight turn of the knob (slight to substantial). Typically, Highly Sensitive People are perceived in society as outcasts, but they can also be very clever in their misfitting ways. They go by many labels ranging from eccentric to ADHD, thru to Bi-polar and Schizophrenia. It’s a tough maze to find the exit from, but it can be done.

✋Now listen up, Highly Sensitive Person… If I urge you to never give up trying to get out of your predicament, you will keep going around in circles trying. Take my word… I’ve been there many times. So please, give up today! Give up all attempts at ‘trying to get your act together’ immediately!

In regards to our Traditional Mindful Programs in Level 1, they often suit the General Mindset and are not for everyone as hoped. For others, we run better on an emptier mind…

Now say goodbye to the traditional-only sense and Welcome Aboard The Mindless Life!