Since the concept of Mindless is the very heart of this site, I feel it would be a good thing to provide a clear and concise definition for what the term means in both old and new versions.

Acting or done without justification and with no concern for the consequences. This is the result of unhealthy thinking caused by environmental factors (most times). Otherwise, one might be impacted by the ‘Mean Gene’, ‘Obscene Gene’, ‘Mungrel Gene’ or ‘In-Between Gene’ (born that way). 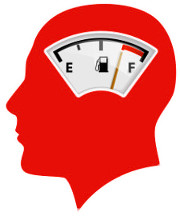 Long term lessening of heavier mental pressures that overwhelm (creating the reputation of a ‘mind’, a ‘God-forsaken mind!’). Thus, ‘less’ mind is definitely a better thing in this context. This odd insight eventually went on to strengthen my mental processing, allowing my thoughts to run at an optimal rate.

If you are still a bit unsure of the new meaning, or if the word ‘mindless’ still has a negative ring to it, don’t be alarmed… There’s good cause for leading with a backward word and way of thinking on this website. You see, for some of us the conventional methods used for optimising our lives, such as ‘thinking better thoughts’, often fall short. In which case, one needs to step back from it all and look for something else, something out of the ordinary.

It should also be noted that I wouldn’t have been as interested in uncovering Mindless v2.0 unless the traditional methods found in today’s Mindful world, which deals with immediate remedying (‘full’ of conscious stabilisation forces), had failed. In other words, when mindfulling myself only provided short term results, I opened my mind to suggestions on anything else that might provide the long term results I needed.

Nevertheless, long term lessing and short term remedying options are two very distinct approaches which we will unravel together on this site.