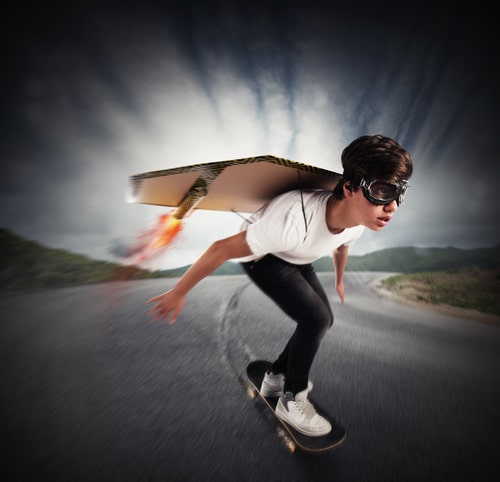 There are forces that run my world and either push or pull on my awareness many times each day. Am I in control of anything? I like to think that I am.

During life I’m always in motion (unless I’m in deep sleep), whether by role-playing inside my head or in actual movements thru my limbs. And, just as a car has an accelerator, clutch, gearbox and steering column, I too have components and systems working together with the aim of getting me from point A to point B.

Unfortunately, in my case, neither front or rear-wheel drive mattered. Moving forward, in general, became complicated once I reached a certain age. So I asked life “Why the extra challenge? Why out of the trillions and trillions of star systems, did I end up here with these different cogs?”

Or the bigger, more important question is “Who the hell dumped me, a left-handed, Highly Sensitive Mind, in the middle of a right-handed infestation?” Truth be told, that’s exactly what happened.

My attention isn’t the easiest thing to keep under control, as I’m sure most will appreciate considering the world we live in today. With a variety of forces pulling here, there and everywhere, I try my best to bring my awareness back and hold onto it firmly, so it can take in what’s plainly in front of me without any interference. Or, I get it to a place where I think it should STAY so I can get a job done, whatever that may be at the time. Such discipline is essential if I’m to learn, work, focus, and interact with the world around me in any meaningful and productive way.

Unfortunately, it’s the same old story, as my attention doesn’t always cooperate for long. One moment it’s doing what I ask and staying fixated on something important. But in the next few moments there it goes again, OFF, wandering into another forest of thinking as I’m no longer concerned about the track I had planned.

Today, I’m done toggling between Universes as I had for nearly my entire life. Instead, it’s time to give nature the helm so it can drive my reality more efficiently and be more in control of where my life goes and how it unfolds. I’m done driving this piece of machinery into the ground. I don’t need weak fragments of myself that make bad decisions (such as floating off into various distractions all the time) driving the ship anymore. Which begs the next question…

Why Are My Distractions so Powerful?

More specifically, why is the appeal quality or the feel-good chemicals in my brain fluctuating so rapidly between different things and aspects, like a stubborn habit that will not end or settle down? Because, whenever the lights do turn green for something far less productive but way more appealing (which was all the time), either towards toxic entertainment, social media, or the like, then all of a sudden my original plan goes straight out the window. What happens is my efforts transfer onto wasteful experiences as I rationalise the move with some random bogus excuse that helps justify deviating from my initial course.

Whatever productive thing that was consuming my attention, it doesn’t matter anymore. I’m now in another Universe that is LIGHT-YEARS away.

But again, it doesn’t stop here…

You see, once I’ve had enough of all one, two and three distractions, off I go into something else. My attention jumps on and on, eventually looping me back to the very start of the next hopeful run at my elusive task in this Universe. Which, furthermore, is usually when the guilt kicks in from having strayed in the first place and wasting so much time.

It’s the story of my life! I want to go one way, but my mind says… “Forget that! And look over here, instead.” While later, it’s followed on with… “Fool! You shouldn’t have listened to me. Now, how are we gonna fix this and get our wasted time back?”

After many tedious hours working this mess out, I’m finally in contact with something worthwhile. I discovered that the 3 big players responsible for channelling attention are ‘Desire’, ‘Willpower’, and ‘Focus’. Although they appear separate, I realised they must all be connected in some way and branch down together to the one root system. This is what I needed to uncover.

Next up is a layout describing the Complex and Simple nature of each player I’ve encountered. By clearly seeing the Complex, I have freed up space, thereby arriving at the Simple. And as a result, I’ve now knocked down or changed my most potent bad habits to date.