This is an important question that needs attention as my background influences on the panel don’t always deliver the best help on every occasion.

In fact, during any typical segment, my panel of friends and foes, plaintiffs and defendants, husband and wife, and any other past polarised-characters are all known to get a little too comfortable when in session and would often drift off-topic.

Within moments, the tone changes and everyone starts talking crap to one another, just like the news people on the sports and politics channel do at times when their opinions turn toxic.

Stuck in old ways with preconceptions, superficial judgements, plus any unforgotten grudges, nudges and dramatisations, things heat up fast.

Next, as I think about moving one way to deal with an issue or to escape confronting something, I would hear ALL about it from a voice directing me to go a different way. Perhaps it comes from an old neighbour or an elderly friend, whose qualities or habits are working thru me.

Then, upon realigning myself to meet that position, up comes another form of resistance. This time it’s telling me to get back on track, or go another way altogether, by expressing some other piece of background dressed up as ‘support’ or ‘reasonable opinion’.

So, all day and every day, I second guess my moves while this panel boils up and turns simple decisions into the Great Internal Debate. 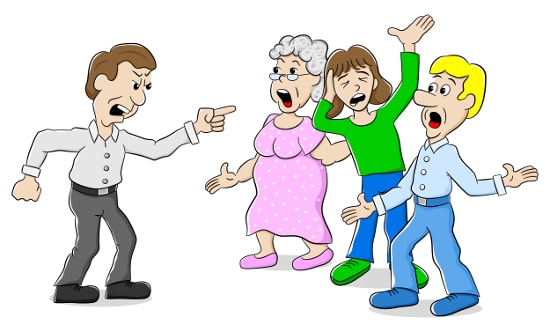 Tell me… How can anyone advance their life when heated exchanges continually fly back and forth between a gang of contrasting personalities? Or better yet, how do I switch off from the hindrances, at least on the extreme?

The reality is… I can’t or won’t, and I reinforce my problems instead. Therefore, I’m a totally divided, consumed person always letting life slip by.

Easier said than done, unfortunately. If only it were that easy to stop the war from raging inside my mind. I’ve become addicted to conflict and absolutely love battling myself. Or perhaps I was simply just born that way.

So with all these conflicting/opposing ideas and ideals flying around the table, this clutter ends up shifting my panel away from an instrumental role meant to keep me safe and optimal.

My judgements, mistakes, opinions, fears, desperation, ignorance, jealousy, shame and envy, along with any short-lived spikes of desire and pleasure from previous 1-upping (in stale ego trophies that eventually crumble into pieces), all now rush in, take over and condense into what I call ‘Mind’ as increased pressure and heat. And the only reason I went on observing these reactions at greater depth is because I finally noticed an inescapable complex that I had enough of living in.

Previously, every attempt to stabilise this complicated panel would be thrown out moments later by one or more of its members. You see, if I hadn’t seen things at this broader level by stepping back a bit, I would still be engaging between each commentator caught up in their draining ways.

My panel carried on the same way as many TV, Radio & Internet channels do. On a strict schedule, the program would start off with one message but it soon turned the page onto something far more personal and emotional. As a result, I’d barely produce anything worthwhile in the real world because sensationalism and in-house bickering ultimately took over my mind.

Therefore, my only reliable line of defence was that I step back a notch and watch the panel, instead of continuing to engage within the panel. And somehow, after a while, this removed me from a majority of the drama, taking me a few steps away from each character to get a little break.

Although I did notice that, at first, I could only pull this off for a moment or two because the shift from the dimension, i.e., out of the panel and into the head office, felt foreign and unusual. But after a while of drifting to-and-from, in-and-out, things soon settled down, and I gradually increased my distance from these silly characters. Or at least away from the chatter that served little purpose.