As the ball of life rolled faster a second and third nature grew. I increasingly rationalised my out-of-bounds behaviour and shaped a massive ‘multiple sense of normal’ into my being, which I suppose wasn’t normal at all. Instead, it was a setting that allowed me to switch lightyears over and expand on other versions at will. But it was always only for so long until another mode took its place.

During my peak, I turned into a delinquent person in a 90-10 split (that’s being generous). I toggled between a number of seriously-abnormal-editions and 1.0, holding only a very few display items out in the front to keep my overall shop alive. So for a short part of my life, which also felt like the longest, I lived in extreme fluctuation AND total contradiction until something finally had to give.

Had I known of any bigger consequences to come from these smaller acceptances I embarked on earlier, I sure as hell would have spat most of it out if not all of it completely. However, it was only later when I’d realise… it takes just a sample introduction for the chemicals to make their mark and for the taste to set in, inevitably drawing me in for more and more of it. 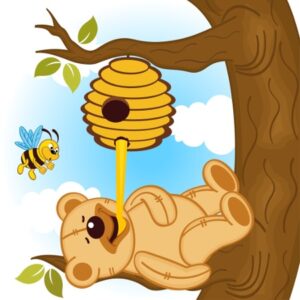 I remember first branching out to touch and taste one of the Devil’s fruits. To this day, I can still feel the appeal from the impressions leftover. While at the time when I left the planet in awe, I really had no idea that I was raising the bar to an unfavourable level.

Before then, I was always told that certain things or aspects were no good for me, and to not get caught up there. But for whatever reasons, that never stopped me in my tracks. Because when I eventually found myself in a situation, near something I shouldn’t have been around, I kept thinking on and on and on, and to the point that my arm finally extended and I would quietly pick a small piece of the fruit from off the tree.

Recently, I learnt that my gradual involvement in naughty things was only allowed because I could justify the new intake from another version of me growing strong below the surface from all the overthinking.

I swear it wasn’t me, Your Honour.. There was a big bad storm brewing that decade who made another ‘me’ out of me. That bad version of me no longer exists.

Whether these informal or off-the-book chemical introductions touched years, months, weeks or only days prior, it didn’t matter. Why? Because my new tastier fuels had already started fermenting behind the scenes. I was savouring a delightful environment that was ALWAYS going to impact me in one way or another down the track.

It’s Only a Matter of Time…

So ‘more time’ was undoubtedly the only missing ingredient needed for the floodgates to eventually open and allow the rest of the honey to pour down. More time to think and rationalise permission, which basically meant for my long run that it’s not long till the crazy kicks in. Prepare to meet Mr Zombie who is very far from normal.