Main Personal Challenges Me & My Bananas

When the time is ripe, I’ll hand you a banana. 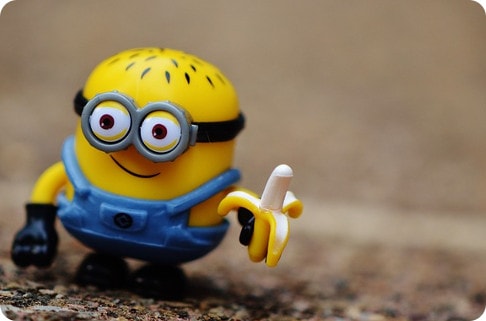 As a severe left-hander caught in a right-handed world, I lived backwards my entire life.

Level 1 Backwards – Overall, L1 is not a good place to live for a Highly Sensitive Person. I spend my life trying to move forward using the conventional reward and punishment paradigm. Therefore, I fail because my inner effort doesn’t externalise properly.

Level 2 on the other hand… Well, that’s another way altogether. I can now manage my ideas and produce better things and activities outwardly. From one space to another, what a great change in life it is.

However, there’s just one thing concerning the transition between spaces…

Ever since I had travelled far, far away from the Herd years ago, completely out-there, I now have to spend extra energy to accommodate the differences between our thinking in many aspects, that’s if I want to keep making sense to them. In other words, I bend the truth when I have to, but it’s the easiest way for us to get along.

There is science behind telling bananas in case this sounds a little arrogant.

Bananas are a necessary response I feed people who are unaware of the complex chemical reactions taking place in the greater regions of reality. For example, if I get a whiff of something on the horizon and can’t explain it to the ones driving themselves or us towards that particular challenge, I’ll pull a banana out and shift the course. I’ll execute a bogus idea that will alter the current flight path around the storm that no one but myself sees as I’m always thinking ahead.

Otherwise, if I get into the nitty-gritty and explain the complex, I risk too much energy and confusion to all parties, and reasoning will never prosper. Mind you, this is also because everyone’s background jumps out of their skin against my way of thinking, and before I can even get to the point.

Seriously… It’s so annoying when you can’t piece together the right ideas at the right time. I can barely deal with my own conditioning, let alone everyone else’s, even at the best of times. So to this day (and I’m sure there’ll be a few more to come), I occasionally give our experience a slight nudge or turn without anyone knowing.

Besides, most don’t want to know or aren’t interested in the greater region, so I generally leave it out and run things in the smoothest way I’ve known. I suppose in the one sense, I’m envious. You guys don’t have to worry about the other giant side of the fence or fuss over issues on the outskirts. You all get to stretch out a little more and let your hair down like I once had before things came to my attention.

Although thankfully, it also goes two-ways and the love comes back to me. You guys also help me with immediate challenges.

Yes… on the other hand, the Herd helps me with detailed challenges within a smaller scope, which I have always found hard to focus on since being forever miles away. But nowadays, it’s a much different story. I’m usually happy to participate in a close-up task while encouraging an explanation if that’s not too much hassle.

Yet if for some reason the Herd happens to feed me a banana along the way that I’m not aware of, which I’m sure has already happened countless times, then I’m not fussed with that either. They might have their version of complex and spoon feed me for everyone’s convenience as I do them. 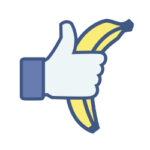 Bananas are a small but necessary branch of tactical ideas that influence a change in direction by using another angle. Not only are they my backup to help keep things smooth and away from any upcoming bumps that might be difficult for others to see, but they are completely justified by the Universe. With practice, I have learned to carry my bananas everywhere, and I usually have no problem feeding them around.

After all, if I catch a surprise ahead and there’s a gap between perspectives (believe me… this happens at any time), I must have at least one or two on standby and ready to peel. Because if I don’t and use the old conventional way, I’ll confuse the heck out of everyone while looking stupid.

Bananas are not a sign of disrespect. They are a Godsend in all ways.

Did you know that I came from a Banana town where nearly everyone went bananas? In a small coastal town called Coffs Harbour in NSW, Australia…