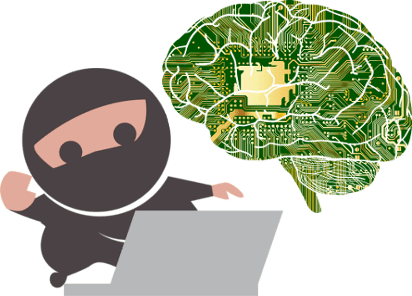 On my 19th Birthday (August ’98), I was convicted of hacking. It was the internet’s early wild-wild-west days and I couldn’t help myself. I was a seven parts explorer, three parts outlaw. Unfortunately (or fortunately, depending on how you look at it) I wasn’t devious enough to know how to be shady without getting caught.

When I jump back a few years and glimpse further behind, I see a mind racing non-stop. A mind caught up in a network of tricks picked up from my environment (admittedly, a dash of it was inherited). What couldn’t be channelled smoothly from the inside out was simply internalised, allowing pressure to build to a breaking point where it eventually expressed as attachments and bad habits, forming both physical and psychological bonds that weren’t healthy.

Sugar and salt, along with other heavier metals from my environment, i.e., RoundUp, were just the start of my problems. Although, if you were to ask me now, I would say they are most people’s gateway to a life of bigger problems.

But the line of increased psychological demands that soon followed on from these common and uncommon fuels inflaming my sensitivity undoubtedly spiralled life into some dangerous Level 1 Backward territory. I became attached to things I shouldn’t have, which turned me into an overly possessive and manipulative person. Not only did this make my life harder, but it also put a huge demand on those around me.

My behaviour and relationships in general always struggled for order at the roots as I lacked many essential things by this point. Particularly, I felt I missed out on an earlier understanding of myself, which could have made a solid base or foundation for me to work with and move productively from. I was very unaware of any sensitivity challenges since I assumed everyone thought along the same lines and within the same scope. Or at least that behind the scenes we simply all got lost in our ‘other worlds’ that had to be kept separate from everyone else.

So with such a primary aspect out of whack, and no reliable guidance to accommodate my odd condition, my reward and punishment system was inevitably doomed right from the very start. Or it had only a slim chance for any meaningful order to come in and create some semblance of normality

In fact, before I reached double digits, I latched onto whatever forms of stimulation I could find in both far fetched ideas and refined sugars and foods. I absolutely LOVED loading up on anything eruptive from day one, which is how my world exploded from all the backward behaviour that followed. Earlier living by this Level 1 backward way of unnecessary thinking had set the stage for a harder life to follow, and I see the same thing happening to others. Only after the chaos many years on was I able to open up to a new Level 2 backward flow, which thankfully, is the much better version that fits my mind just right.

Once that sweet combination of sugars, salt and heavier metals started reacting upstairs with my type of mind, more time was the only missing ingredient needed for the Real Big Bang to occur. In time I would step it up and head straight for the good stuff, creating the best volatile environment for my overall self-destruction. Or at least one that I was only just able to recover from so I could come back and explain it all in a reasonable way.

Worse still, not only did these results end up shattering my life into pieces down the track, but I also got locked into an intellectual war with the outskirts of reality that is super hard to explain, making the pieces nearly impossible to put back together.

I found myself in an odd fight with another level of the community that borders outside the conventional world. I also discovered that they had a very different set of rules, which ultimately changed the bulk of my ways.

An Undisciplined Highly Sensitive Mind is a noisy place that thrives on above-average fragmentation that ultimately reinforces double, triple, quadruple lives, etc. I would react to a larger field of reality and quite often from things outside rationales. Over time, my sensors shaped to another degree as wave after wave of information created a rift, increasing the pressures on my mind while pushing me further away from conventional reality in my escape.

The reality was, I lived in an unreality comprised of both compounded Raw Static that I overindulged in or tried to decipher, AND my demanding sensors that routinely kept me escaping the overload.