2010 felt like the start of the end of the world for me. Although in actual fact, it was a lot earlier, but I was enjoying the illusion life afforded me. Finally fed up, society had excommunicated me in the most unusual way through what I call the secret back door. Because of a dilemma that I’d already spoken about earlier (End of the Line 1 & 2), the front door to conventional justice stayed closed all because of the trailing paperwork left behind. Again, this period also felt like forever since landing inside a severe Time Compression Field, which I can’t stress enough is a time warp that turns a minute into a much longer frame of time.

Basically, instead of being disciplined in a conventional manner, I was drugged with the most bizarre concoction, then became mentally unwell and tripped hard without a clear end date. As a result, I landed in a psychiatric ward in a creepy way because of what I believed to be darker elements involved, which further skyrocketed my broken state of mind into a realm of mass conspiracies.

From what I remember, at the surface layer of this darkness, there was a network of people working behind the scenes to maintain privilege and order in the community. However, these people were also integrated with the community by successfully living between two worlds so they could get ahead in life. Due to my nosing around at the time, I somehow clashed with the deeper structure of this network and found myself in a pickle with its members up and down the chain.

Talk about a total shakeup to my system. It’s only now that I’m more desensitised to the matter that I’m able to step back and lay it all out as clear as I can. Still, it had been a tough one to write about as the issue kept pounding in my head for so long.

During this strange shift from sane to insane, from roaming freely but destructively in the community to circling inside a psych ward, it felt like I was always followed by a dark force, and that I had to be on my best guard or else I was in for big trouble. Little did I know at the time that this force was not completely separate from me, now thinking that I was born with bad energy embedded in my being. In all honesty, I think we all have at least a dash or so of dark energy in us, including even the pope.

Nevertheless, because of the way I had conducted myself in life, I knew there were those on the outside of the ward and a few of their colleagues on the inside who weren’t going to make it an easy ride for me. I tried to differentiate the real events from delusion, the poison from water, but it was tough since everything said, seen and heard appeared to be quite real.

All things considered, I was convinced that I was finally at the end of the road as everyone around me had immediately turned hostile, including bystanders. Once I was thrown out of whack, everyone was out to get me. Although, even if this was the case, it would be well-deserved since I was living on the rogue side of life during this time.

The general message I kept hearing was… “Lee, there’s no one here to help you anymore. You can only expect bad things to occur from now on”.

Interestingly, I have always come back from a dose of drugs regardless of the concoction back in the day. But definitely not this time. Whatever this was that entered my system most certainly had legs. In 2010, I got booted out of Time and Space and landed at the outskirts of reality where I only just managed to grip onto something in arm’s reach in absolute desperation, which changed my outlook on life forever.

Therefore, this special elixir in my system (or God’s delicacy for me as the better way of putting it) turned my life upside down. Which actually put me right-side-up again, since my life had already been upside down from living a backward way, if that makes sense. No one could ever anticipate such a change of mental scenery, let alone deal with it. “What a way to apply discipline”, I remember thinking quite often. And “Welcome to the Unconventional Realm”, was always the follow-up response.

I was at the gates of hell when I got issued one last pass to get life right. Nowadays, I appreciate the middle ground I stand on.

To put the matter into a technical perspective, over five calendar years (only a very small part of which was spent in a psych ward), I experienced up to a quarter of a century in terms of a time distortion in my thoughts from all the chemicals tinkering with my psychology. This is why I’m still out of sync and have trouble communicating as everyone feels miles away today. Quite often I feel as though I’m living in a slightly wrong timeline.

Here’s Another Way of Explaining This Phenomenon

Stripping back all of life’s stories and filters, I’m now left in outer space. 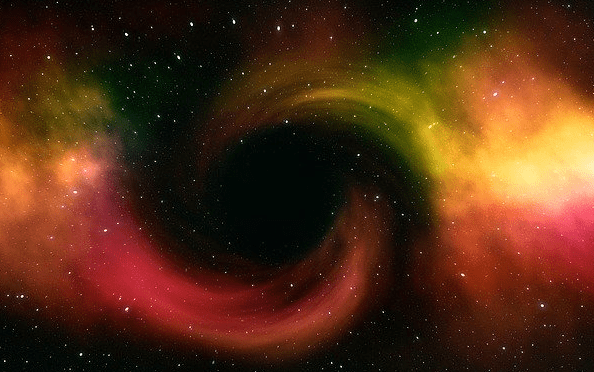 Oh, crap… I’m a mass that just veered too close to a monster black hole because I’m having so much chaotic fun near the centre of our galaxy.

However, instead of being spaghettified, I translate pivotal information at the very last minute to save myself (or perhaps I just got lucky). As a result, I’m slingshotted out on another trajectory at hypervelocity, while another body of mass I was entangled with tears apart inside the monster void.

In other words, my god took the other bad me, or most of him and his trail, as one part of my ‘binary system’ got sucked into the void. Fortunately, he left the healthier one intact to play a part with other systems of mass in a nearby neighbourhood, which is with you guys. Though be warned, a few neutrinos from the other/wild me escaped and still remain alive and well today. You could think of the yin circle in the yang teardrop to better understand what I mean. 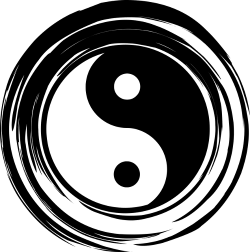 Either way you look at my scenario, I’m just happy that right now my signal is finally clear. Consequently, it’s taken immense mental and emotional effort along with crucial contrasting space (slowing the up & downing over the years) to undo the magnitude of what I got myself into. And even with most of my mess cleared up, this undoing is still underway. I’m still dissolving remnants that I feel tight around my head, neck and shoulders.