As if my mind didn’t present enough challenges in waking life, it has thrown me some real curve balls even in my sleep. Dreams that would seem surreal or outlandish to most became the norm for me. One example over the years is a recurring dream that always led to an image/symbol similar to the one below, which represents an elite organisation. It’s supposed to be part biological and part machine. And yeah, this one could do with a bit more rounding off. Also, its arms and legs aren’t even either. But here it is… 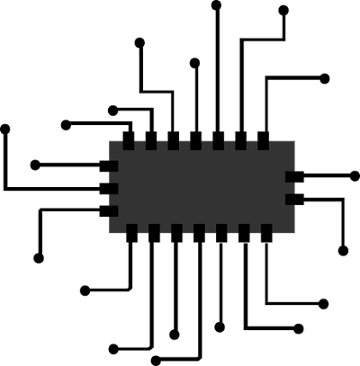 In my sleep, I would often tread through areas of conflict around the world to observe fighting over this Sci-Tech Symbol commodity. Chapter after chapter, everyone was desperate to become ‘a part of it’ because it meant copious amounts of energy and control.

Then, as I was nearing the heavily fortified door leading into Earth’s Head Office (the elitists’ home where all our affairs were managed), an immense magnetism or gravitational pull totally consumed me.

In my earlier, pre-Mindless days, such dreams would shake my psyche to its very core. Fortunately, now that I know how my Highly Sensitive Mind works, I take these images with a hefty grain of salt. Do they have a deeper meaning? Perhaps. Or, maybe they are just loose fragments from all the programming I received over the years. Either way, I can honestly say I am now a passenger rather than a hostage in such surreal journeys into the subconscious realm.