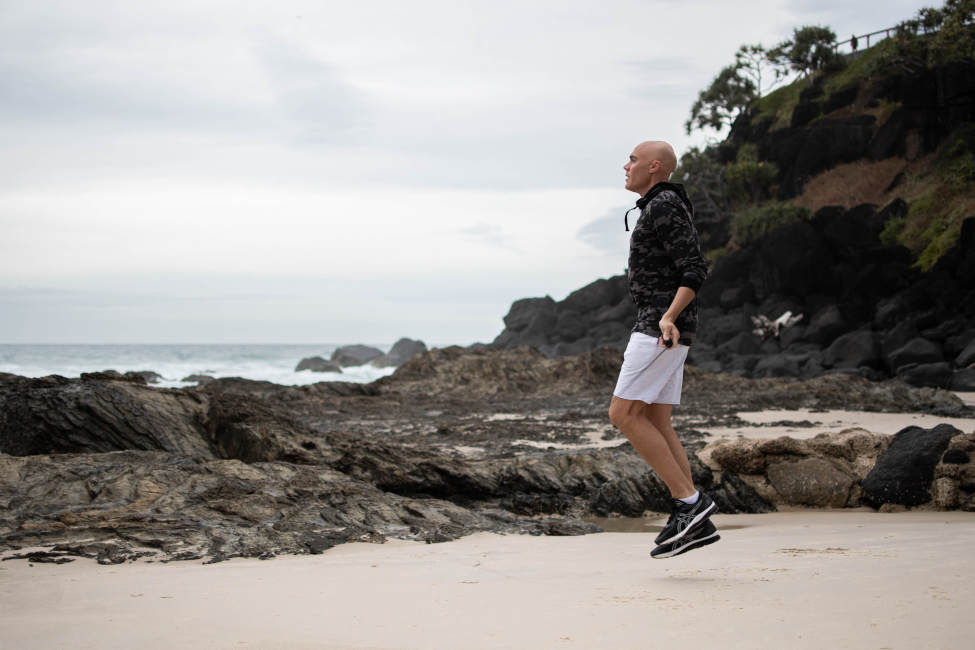 I’m somewhat of a solo traveller. I have no wife or kids (or husband) and I quietly eat the vegan way, now into my 7th year (as of 2022). Also, I don’t drink booze anymore because it makes me stupid. Well, it makes most people stupid after a few too many. However, I feel as though I get extra stupid which is the reason why I had to turn to alcohol alternatives that are far more creative when looking for a mood changer or social lubricant. In which case, I now focus on such things as superfoods and plant medicines (including indigenous medicines) that are made only in Nature’s lab, bearing little-to-no blowback in terms of hangovers and comedowns. You see, the number of plant and fungi species found on this planet is off the charts, and new discoveries are being made all the time. So it only makes sense to shop around for beans, pods, roots, herbs, flowers, sap, oils, shrooms, etc., as the effects and benefits they offer are as numerous as the species themselves.

Basically, I look at the risks versus the rewards these days on everything, including mind-altering substances. And alcohol, along with its other half, sugar, doesn’t make a good option on my list. People prefer the devil they know rather than the one they don’t, which generally doesn’t end up being one at all. For me, instead of expanding my consciousness, these substances dull my mind, age my skin, and slow me down. Not only that, but they can have rather lethal consequences in both the short and long-term range.

Besides, alcohol is a preservative and it does a really good job of preserving death, sucking the life out of people who make it through the short term. By now you can sense my gross distaste towards the stuff. Well… I can’t help it. Though, my protest is more so on a community level, not personal. Admittedly, there are those who know how to drink wisely or can stay balanced. However, in my experience there are too few of them by far.

I tried to stay straight for so long, but unfortunately I live in a culture that loves its drinking, and listening to everyone ramble on with nonsense (friends, family, acquaintances and strangers) sent me absolutely nuts and pushed me into the alternative world. Australia is a remarkable country, but it is also full of alcoholics, many of whom believe they aren’t. Hence the ‘medicine’ required for a part indigenous person of New Zealand (although I was born and raised in Australia, which makes me an Aussie or even a Maussie when adding the Maori part to it). So whenever I’m out and about or being a social butterfly, I live by two simple rules: It’s the ancient, cleaner stuff made in Nature’s lab or no stuff at all which cuts out roughly 90% of the problems because there are no major refinements, conversions, synthetics or cartel carnage involved. And I walk a fine line between therapeutic use and too much recreational use, so that I stay balanced and live a better life.

Want to experience a clean high that is packed full of nutrients, antioxidants and anti-inflammatories? Cacao Powder and Matcha Green Tea needs no introduction. But did you know that there is an unrivelled synergy between the unlikely pair? Theobromine + Caffeine + L-theanine.

Add half to one teaspoon of Matcha Green Tea (4-6g) to a protein shaker along with 100mls of water or juice. Shake it and drink this fast as it’s not the most palatable drink. It usually takes me a swig or two to get it down.

Next, add two decent tablespoons of Cacao Powder (15-25g) along with a dash of milk and a cup of water to the same protein shaker. For your first time, I suggest you start with one extra-large tablespoon. Shake it up and drink it slowly for the sake of being easy on your tummy (it’s best to make sure you have eaten wisely this day if you’re not used to it). I often sip water in between to help break it up, unless I include an extract (listed further below). My average dose nowadays is around three tablespoons on any stomach.

You can mix it all together which is a lot easier, but it’s a bit hard to drink tastewise unless you’ve become acquainted. That’s why I suggest you separate the two at first, and slowly bring them into the same drink down the track. Otherwise, you may get turned off the mix on your first sip and call it the devil. Also, feel free to tweak this recipe with fruit or sweeteners for those of you who are more taste sensitive.

The Results: The combined effects are an amazing and long lasting clean high, but without the jitteriness and sleeplessness associated with lots of caffeine. Therefore, it doesn’t really matter if you have more of each ingredient throughout the day or evening. I’m not a daily drinker of it, perhaps only twice or three times a week is my limit. In the end, any adverse effects are surely going to be way better than those coming off a bottle of Spirits and two bottles of Coke or Lemonade.

Note that if you want to reduce some of the godliness, but still be on a nice higher level, cut the Matcha out altogether while slightly increasing the Cacao. And for those special occassions, you may even want to get your hands on a concentrated form of Cacao, like I do. Checkout Chocamine, and take only one teaspoon instead of a massive tablspoon (or mix a bit of everything together as I often do). 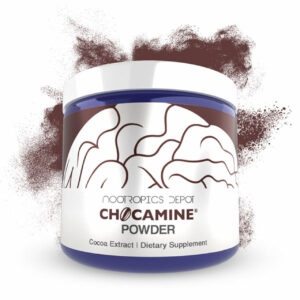 Lastly, towards the middle or end of the session/evening, I sometimes include Kava (Nature’s Xanax) for smooth sailing into super-chill mode. I find that 100-150mg of Kavalactones is a good starting point. Don’t worry… Most of what I’ve listed in this Choctail are all-natural ingredients that can be found in the Health Foods aisle at my local supermarket Coles (Aussie supermarket). I’m sure you can find them too.

This concoction packs a great nootropic punch and is a much cleaner burn than illicit drugs. Get it in Aisle 1 and spread the word!

Now, let me touch on my other food choices for a moment because I believe that what goes into the tank is super important for the way I act in life. Since my soul-searching days back in 2015, I have seriously cut back on crap foods while eliminating animal foods as a source, which has hugely impacted my life in a good way. My cholesterol level is good, I think much clearer and feel a lot lighter on my toes from eating far more greens, beans and lentils.

However, this lifestyle choice still came at a price that had little to do with making sacrifices to the taste-buds and more to do with pressures within my sphere of influence. I said to myself at the beginning, “I won’t venture off and surround myself with the greenies only, because I still have work to do within the mainstream realm. I’ll be in the world but just not completely of it.”

But, little did I know at the time that everyone would persistently try and sway me from my discipline, either directly or indirectly trying to fill my head and plate with the ‘everyday way’ (trying to slip me a bit of cheese, ham or chicken on the side), essentially denormalising the path I had chosen to live. This, too, sent me absolutely nuts, which I mainly internalised because I had a few other things going on in my mind. Therefore, I compounded so many different issues into this one huge pickle. Fortunately, a lot of people have accepted my ways today and they often cheer me on. Although I would rather fly under the radar altogether, I am grateful because they are important to me.

The next thing I feel the need to briefly tell you is that I’m not overly fussed about any expensive toys, packaging or labels, etc., in mainstream products and services. As the life force picked me up from my nutritional boost, I realised that I don’t need all the hyped-up ideas and ideals tied into clothes and other consumables, especially when they leave such a heavier footprint than needed or exploit too many people around the world. Quality to me also includes the greater sustainability of materials sourced, which is why I give value to those less-mentioned alternative brands that have put the effort in, creating more wholesome products and services for the community. Well done for the cleaner supply chain, folks 👏🏼.

Lastly, I keep myself semi-fit across a number of activities on the land and in the water. I’ve found Yoga, in particular, to be very rewarding as it works the entire body and mind. Although I’ve been involved in Yoga for five or so years, there always seems to be another routine or variation of movements that help with something else within the body, which amazes me. It’s like there’s no end to what can be achieved. And the same can be said for crossfit and strength conditioning classes which I take at my local gym, led by an awesome crew. There always seems to be a muscle or a part of the body that could do with a bit more strength and flexibility.

All up, my newer everyday choices and the lighter steps that I take all go towards a clear path in life, along with a few other unconventional Mindless-related things that I like to keep to myself. I know it sounds average, and I have been called the Pinnacle of Discipline (which other people from another life would totally disagree with, including myself at times), but I really do enjoy it. There’s a whole new range of benefits that were never available before.

Thanks for taking the time to read this and getting through my little booze rant. I do hope my experiences help you, even if only in the slightest of ways. So how about trying something different one weekend? Go on… Ditch the booze and get down to your local supermarket for a legalised drug deal and nutritional boost.

And please remember to always live Mindlessly (But in the good 2.0 way)!