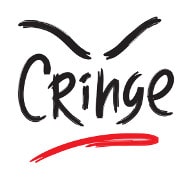 Let’s say I observe a distant foreigner moving closeby from the usual bag of prejudices. Now, the words ‘distant’ and ‘foreigner’, when put together (culturally-geographically), fall under an undesirable type of abnormal from my programmed perspective. They add an alarming pressure to my survival system because of unfamiliar traits which may affect me in a bad way.

Immediately, an uncertainty produces fear and I can’t help but act cautiously around them. Usually, I know my surroundings quite well, including the way people act, but not this time. On this particular occasion, I lack an understanding of the actual background of a person, or in knowing the exact mental composition that gave him or her their ways. This means I’m having difficulties outlining what these people and the different symbols that they value represent, such as religious or cultural symbols.

I’ve heard good things about them, but I’ve also heard plenty of bad things about them from television. In frustration, my mind enters into a super-cautious mode from years of mass programming. I also feel threatened for the long-term as their ways might one day take over my ways. Regardless of whether these prejudices are valid or not, they always stop me in my tracks and take my energy as I tense up to either the unknown or the ill-equipped known.

Therefore, I’m now in defence mode. I see ‘him/her’ or ‘it’ (symbol) as unpredictable, an unmapped entity or thing that potentially threatens my way of life and freedom. Or according to my beliefs/programming, I see someone or something extreme. When in fact, ‘he/she’ or ‘it’ probably isn’t.

Which also means, the abnormal-version process stays outstanding and takes forever to go into the boring-old-normal list, unlike in the reverse scenario when the attraction was strong and then it dissipated. Because when there had been an element of appeal, I would happily make contact with the object or person, especially to the point of exploitation. This then resulted in losing the appeal toward ‘it’ or ‘him/her’. But when I felt resistance instead, I didn’t make contact and I avoided everything by all means possible. This then resulted in maintaining the replusion towards ‘it’ or ‘him/her’.

Therefore, I definitely needed a way to flip this paradigm around for the sake of conserving my energy. Otherwise, the psychological tap is left dripping, leaking energy that could be saved and used for essential things.

Besides, I dare say the same interpretation would stick to the person viewing the telescope back onto me. Surely, since I was bred here on this side and grabbed hold of a certain mixture of both local and broader chemicals made available to me (psychological hand-me-downs, physical stimulants and odd, subtle fields of reality), then this fuel and life which is perfectly normal to me would be seen as bizarre to others. And the degree of my ab-normalisation would equal the distance between me and my observer. The further apart our worlds are, the more ab-normal we appear to be to one another.

Perhaps now, I’m the one who’s far, far from normal when viewed by great lengths. Especially as my shape, in particular, ended up the result of a kid who dived headfirst into stimuli (more so than others) after secretly extending his boundaries.

School Teachers, Neighbours & Even Police All Knew My Bad Behaviour

Disappointingly, an earlier version of me turned into quite the handful and moulded into an extremist of some kind. But it wasn’t in the religious sense. Within the fields of Science and Technology is where I put all of my energy. Except the only problem I had was I became overly cunning and destructive along the way by taking underground courses with no real teacher.

Well, in Science, I got obsessed with blowing things up. While in Tech, I enjoyed gaining unauthorised access to various materials and seeing/doing things I shouldn’t. As for any above board learning, it was a daily struggle. An internal voice became a ruler of sorts and demanded a bigger bang each day.

Once all these fuels kicked in, that was it… Nothing would stop me until I’d light myself up. 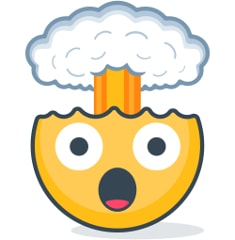