This page is a bit mixed, introducing several ideas and concepts that will form a foundation for what’s to come. To begin, I’ll explain how the word ‘Mindless’ gained strength, taking it slowly from the top to avoid any confusion.

When the word  Mind  plays out for me, what does it generally mean?

It means there’s something on it from pressure building inside.

Typically, it is some form of problem, challenge, self-criticism or objection that  presents its name  for me. Otherwise, I would take very little notice of the word without any negative connotation to give it weight.

A few years ago, I gave birth to a Baby Mindless Ideal in response to all the chatter carrying on loudly and impacting my life. At the time, it was the only way I could combat or counter the effects of a mind so I wouldn’t have it anymore.

I would say… “Mind, be gone…” in my wishful-thinking, while I would also continue my usual More-ish habit on the side: i.e., I feel negative, therefore I hunt for and cling to a positive until life would once again take it from me. So I couldn’t help myself, and I remained stuck on these opposites all throughout my life.

If you or someone else held up black, I don’t know why, but I would naturally jump for white. And vice versa. It’s almost as if opposition was built into my DNA.

Then, after further snooping around in my psyche, since I was born this way and stuck my nose into everything (except, previously, my attention was fixated on the outer world), I found that, well… it could be these ideas and ideals in general tying things up and causing problems in my life.

And upon more scanning around, looking from every angle both up and down, noticing EACH drop of sensation spent in various good and bad ways, I would see that… yes, I was right. There’s too much pressure or heat being placed on my circuitry. Inside the processing of my thoughts, in general, are these bigger issues now needing my FULLEST attention.

My ideas and ideals came chained to one another, and I didn’t know how to cut them loose and be free.

Specifically, the lighter ones were always on a leash to a heavy ball, no matter how long the chain was. What was needed was a deeper understanding if I was to be completely free of the weight. In the beginning, I used to cling to the word ‘Mindless’ along with others like a baby on a teat because they gave me an instant sense of security and comfort. At least, they did lighten my mood for a moment or two.

I always had my go-to words in life packed with sensationalism, no matter what they spelt or pointed to (either towards real or unreal things). Didn’t you, and don’t you still?

Like… God, money, gambling, sex? A celebrity, sport, country, or song? Perhaps, it was or still is a type of car or boat? A company name or label? Or it might be a medicinal herb or strong chemical of some sort? The moon, planet or a certain constellation, etc? Or it could be any group of words and pictures that sparked into an ideal which resembles godliness in your eyes. As a hard-hitting hope, magic and bliss all momentarily take over.

Of course, who hasn’t been overrun by any of these sweet theological or ideological treats at one time or another as a breathtaking moment left a powerful impression behind?

And like a drug with a flip side, the weight occurs once they run out of fuel and my psychological sensors no longer connect to them in the way that they had. Which also means, I would impatiently hang around until they or something else refuelled again, or before any taste could return with the comfort and space I once happily remembered as my ideas reempower with the ‘appeal quality’ that I constantly crave.

So, it was this odd little insight I had noticed earlier with my clingy habits attaching to primed words, symbols and images (my tasty-holy ideas) that evolved Mindlessing into something strong over the years. Yes, I know it’s seriously deep, but I was stuck in a major pickle no one else could see! 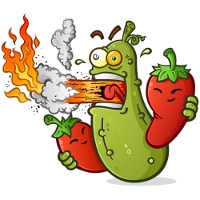 Let’s take a moment to gain some clarity…

There is the idea of a thing, and then there is the thing — unreality vs reality. However, I’m only concerned about the processing of my thoughts in general regardless of any external objects in question.

The term ‘things’ usually implies the objects or events that a person experiences in their day-to-day, physical reality. However, it can also cover any possibility, including many ideas, thus becoming a significant part of unreality as well. Aspects, on the slightly other hand, describe features along a particular line, in either my reality or unreality: i.e., physical features or personality features. An aspect is never the thing itself, rather it is the essence of a thing.

If what I describe doesn’t exist in reality, it’s simply an imaginary idea in unreality.

If what I describe does exist in reality, then the object is given a formal identity in the unreal world — aka Fact.