Focus, Lee! Only God knows the number of time’s I’ve heard this one before…

Yep, it was my parents’, teachers’ and peers’ famous first and last words which had finally etched in, but in a much different perspective. And only after a slight time delay. Say… a couple of decades or so.

Or maybe I was focussing, but on other things over the long run. 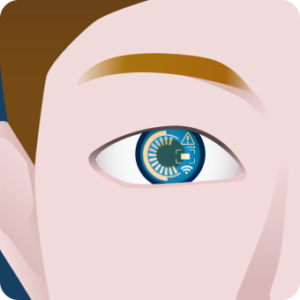 As I look more closely into something, I redirect my energy, which is usually my peripheral seeing energy, so it goes into a smaller container. This mental tunnelling or concentration then magnifies my attention towards the details of the thing or aspect I want to focus on.

And if it’s the periphery I’m looking at instead, it goes vice versa, and my energy moves AWAY from the centre. It now zooms in on the outskirts which means I often miss things in front.

All thru my childhood, I was told that I had a concentration problem, even to the point of medications popping up. Yet it was only in these last few years that my fascination skyrocketed, as I’m now totally absorbed in the invisible specs behind focus and concentration. Which, some have said in their ways… Lee, it’s a quest too little, too late!

When I focus on something, I create a smaller container around my seeing energy and cordon off any distractions that might break the perimeter. Next, I zoom in and begin a process of  filtering the finer translations and interpretations of detailed knowledge within that scope.

If successful, I’ve recorded a well-catalogued branch of information to clearly recall and act upon in future scenarios.

For example, I might be reading instructions from the web or listening to a peer speak, and this ‘fine-tuning’ preps my behaviour into a skill or program for later use.

In theory, sure, it sounds easy enough to handle. I’ll focus on this and that, etc. However, success can be miles away if I’m always patching up breaches along the border. Quite often, distractions sneak in and tug away at my attention.

Previous | Home | Next: The Focus Complex