Do you remember the old horror movie called Fright Night from back in the ’80s? Well, it was one of my favourites that stood out. Although if I were to watch it again today, I know it would be less effective, barely ranking a drama. 🤨

I also find it interesting how I once gained a sense of pleasure from being scared as a kid, while later in life I struggled with fear after having dived straight into the fruits.

Unfortunately, only half the time. 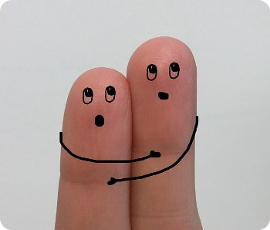 Fear’s invisibility has an enormous impact on my life, and it’s now easy to see how the world is also gripped by its influence. As I react to an experience, a memory recollection or future projection that in any combination raises the sense to resist a movement, I head the other way as signals attack my nerves.

General Pain, however, I find is the response to a fresh physical incursion in my experience, rather than from trace residue roaming the mental pathways from any psychological traumas that have hung around upstairs.

Although, fear-related pain in any form, either my physical fears (projecting biological harm) or psychological fears (my hurt ego/heart) can both severely affect me, especially when old experiences won’t let up. If I hold a trauma and can’t bring it to an end or find a resolution somehow, when in the extreme my system goes haywire. I become anxious with panic attacks that suck me dry.

Resistance is broad and covers a large range of life, whether my scenario is predictable or not. For instance, I feel the weight of something occurring, but my physical surroundings are completely safe. Thus, my fear from past events affect the here and now reality. Otherwise, an unexpected undesirable experience might pop up and disrupt my nervous system instead.

Either way, once I’m taken out of my comfort zone, the potential exists for fear to condense into a stronger system at lightning speeds. Which I would then feel as pain across my body.

If in my path, I suddenly see a connection to a previous terrifying event or if something extremely chaotic pops up, I get crippled in fear within the blink of an eye. My heart jumps out of my body and I’ll either incapacitate myself and freeze, or act primal to deal with it instead.

I face a fight or flight scenario.

Fear can affect me in the same manner, if not more than a physical incursion in pain. But in general, and as most know, it drags on as stress.

Both fear and pain are two obvious things that no one wants any of (at least in themselves). As fear builds up, this leads to my greater emotional discomfort and ultimately, a noticeable pain that puts me out. The cogs upstairs compress while the anxious story plays, generating heat, sweat and tears to the surface of my body.

Therefore, fear is a thought-only internal response that whips from within. While standard pain on the other hand, is undesirable contact with the outside world. Or it is more significant outside pressures that send stronger signals across my nervous system. Unless however, I’m born with a built-in hereditary illness that causes physical grief regardless of external factors. Then I have my upline to thank for that.

Again… Typically, my fears are a dull and drawn out but adaptable process. While pain is the shorter but sharper response. Overall, I prefer the lesser of the two evils, whichever one that may be at the time.

A good friend once said…

If you’re in immense pain because of your thoughts, take a hammer to your toe. Problem solved.