Welcome to the backstage of my mind run by my Psychological Operating System. Here I edit and make enhancements to my inner world. To begin, let’s look at the workload involved and break it down from there. 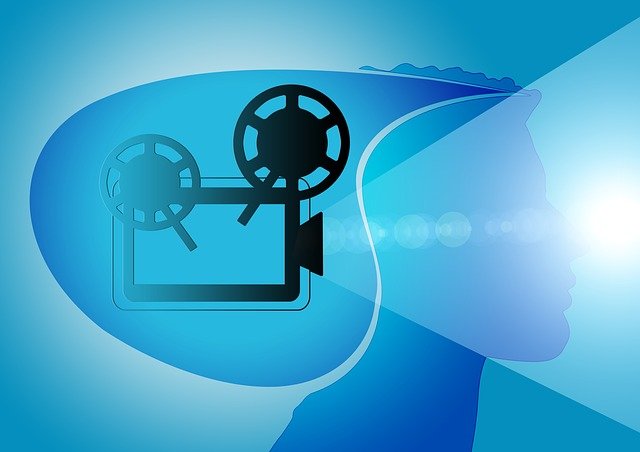 Projecting is my primary mental activity, and sometimes I feel as though this process carries on non-stop. As the original slides get recorded in my mind during the play of life, signals, or packets of influence cause a chain of reactions, ranging from subtle to intense.

I naturally respond to these new pixel and sound files (taste, smell & so on) by projecting further possibilities, based on all the old pixel and sound files from my ‘life history folder’, in order to rearrange all the information so that I produce a better image or video of how things could be. In doing so, a sense of direction is produced which ends up empowering me to take real-life action.

By processing my mental slides, I now have options and choices in my life as I narrow down all the potential events that can possibly occur.

Admittedly, at one stage I was all over the place, totally consumed in my thoughts. I found myself erratically changing things around and playing out potential scenarios with the aim of reaching too many goals, or a goal that would constantly change. I would always believe that I was ‘on the right track’ for a while, or until I found a better one, two, or three. This created the illusion that I was indeed moving forward in life, when in fact I was barely moving at all.

It’s only natural that I paste parts of my memory onto a new slide to produce a refined projection on an unreal screen. But the question is… How much ‘theatre’ or ‘backstage antics’ is too much? In order to answer this, we must take a look at the two levels of projecting involved within my mind’s processing protocol — Simple Projecting Protocol and Complex Projecting Protocol.

Known as simply Simple or Standard Projecting, I map out a potential in an unreality in order to find my way in life’s reality. By putting the pieces together to create an inner-to-outer world manifestation, I become the author of my reality.

Put it down on paper, then it’s action time! 🎬

This basic process allows me to consider a few different outcomes within any given situation, thereby helping me to choose the right course of action in optimal time. Rather than reacting to life blindly and rashly, Standard Protocol gives me the execution needed to respond in a controlled, purposeful way, thereby directing my life and energies more effectively as a result.

Over the years my mental processing intensified, and it got super busy upstairs. You see, I was wholly focused on putting many things down on paper and perfecting them, which in turn left barely any room for me to turn these thoughts into actions. I wanted to etch the image onto the real world with all the energy I had inside, but my ability to execute new instructions was always delayed. I either kept finding faults within those instructions, or I found another set of instructions from another image to use instead (creating image after image after image).

Therefore, I narrowed my issue down to the two factors of choice and environmental pressures being the main reasons why I couldn’t operate properly within the ‘Simple Projecting Protocol’.

First, there was far too much space allocated for ‘choosing’ which turned my life into a draining process. My energy got wasted from creating and comparing too many unrealistic paths or scenarios. Juggling ideas simply left me busy and unsure, because there were always new ones emerging from every corner.

Second, which some might also call the ‘cherry on top’, was my life-long supply of dirty fuel which shaped my psyche into something dull. Complications naturally occur when exposing certain minds to certain fuels, and these fuels only weakened my ability to make rational, concrete decisions.

From the get-go, I became a ticking time bomb because of the toxic fuels poured in my tank, such as refined low-grade foods along with heavier metals. Most notably, I was exposed for many years to close aerial pesticide bombardments from growing up next to a banana plantation. Therefore, I became a magnet for even more heavier metals to disrupt my early adulthood as time went on.

In regard to having choices in my life, sure, I love the freedom of being granted many options at my disposal. But I’ve also realised that I don’t want to get stuck in a world of ‘too much option and too little action’, which will inevitably take my freedom away (best to nip this one in the bud). Therefore, it was this odd concoction of pressures that stirred things up in my world, for which I only have myself to blame.

Before my realisation, I lived way beyond the Simple Protocol. I reached a point of producing an endless series of these additional projections in cumbersome pictures and movies, and they’d offer outcome after outcome in silly rewards and punishments. Each delivered a slightly different hit thru an array of sensations that kept me busy upstairs only, as I would obsessively hunt for MORE feeling in another variation of the same or similar scene. While consciously, I was convincing myself otherwise. “Hey, I’m finally on a good thing, looking productively at what I’m going to do next.”

What a freakin’ circus to get stuck in!

Complex Projecting, which the Standard Protocol climbed up to by the time I was a ten-year-old, repeatedly tied me up, turning me into a full-scale mind junky. This process is on a much vaster scale, causing me to virtually lose myself in the state of unreality at the cost of living a real life. Admittedly, this process continues to this day, but fortunately on a much lighter note. I now only consider myself ‘slightly complex’ in terms of the mental processing going on in my mind.

At the peak of it all, I would say that my life map grew so enormous that the contents of my thoughts spread everywhere, which is why I found it difficult to actually know where I was on the ground. Like out-of-control weeds, my ideas grew wildly and rapidly, choking out all the good thoughts that had flourished over time (or the pathways to them). Therefore, the ONLY real reward gained were these extreme, unreal highs in an imaginary world, which proved to be nothing more than a tricky pattern always holding me down.

Take a couple of cars as an example, one that runs smoothly versus one idling higher because of neglect. Previously, that bad car was me. I would guzzle fuel and blow smoke while barely making it to the end of the street. As for today, I can happily tell you that I’m that other car. My engine is clean, and I get from point A to B with no real issues.

There are many ways to explain the differences between the two levels of projecting my thoughts. Still, it all comes down to my internal overactivity versus a smooth, natural flow between my inner and outer worlds, or Heavy vs Lighter Mental Processing.