This time, let’s look at the order of pleasure from a stronger stance that includes crucial space to act as a buffer:

A Clear Understanding of Pleasure

I always start at the ‘Magnetic Field of Attraction’ simply because it is my only available lever. Unfortunately, I can’t stop the negatives, so I won’t bother starting there. I have been there and tried reducing problems with absolutely no success. Instead, I incorporate the deeper nature of Less into the positive equation.

After clearly seeing myself go through the usual cycle many times, I’m finally at the broader scope, able to see the big picture when it comes to the mechanics of pleasure.

A strong understanding of the pleasure system immediately allows a better chance for me to release a part of my rewarding thoughts that I grab onto before they totally consume my energies. Otherwise, without this crucial discipline, the cycle continues to strengthen its grip on me. Basically, I pull up on my conversions perhaps 3/4 of the way thru as a sacrifice, allowing the energy of space (Less) to replenish my system. It’s a quarter less than I had before, so it’s no huge deal or loss as I simply tapered down my emotional processing.

Although it is important to note that I haven’t created space with any ideas or images of space. On the contrary, letting go or dropping these positive thoughts at the start of the cycle revitalises my mind.

Now, can you see how Resistance isn’t dominant, which is obviously my end goal?

In this scenario, I’ve let go of a small portion of my usual desirable sensation before digging myself in too deep, allowing space to nourish my state instead.

Admittedly, at first it’s not that tasty and there is a brief negative perception involved. But the same can be said when coming off any drug. You see, it’s only within the ‘letting go’ that I feel I’m missing out on a regular meal since cutting myself short.

Yet in time, and if I’m serious, this perception also fades.

It’s not about denying pleasure. It’s about giving my sensors a rest to replenish, so I run smoother for the long term.

To reduce the negatives in my life, I start now by watching my pull on the positives. 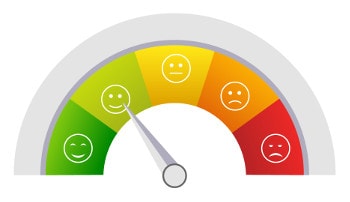 Going ‘Backwards’ doesn’t look so bad now after all, huh?

Do you know what’s coming up next? How about I leave it a surprise…