Again, let’s say I hadn’t entirely understood something of interest and felt a bugging sense of incompletion, along with my desire to conquer or map it out.

After the experience, and by my typical impulse, I’d hunt incessantly for the next connecting piece of the ‘understanding puzzle’. Except, it was far too often from within the memory records, as I’ve already laid out. Or better put, rather than allow new experiences to freshen things up, I’d stay scratching the same old itch by indulging in episode reruns day in and day out. It was an obsession that halted progress in real life.

Also, over the last decade, my field of interest shifted towards the world of psychology and it’s now where most of my energy goes. I suppose you could say it was my late calling or blooming. But it is also a solid one that suits my built-in bits and pieces perfectly.

So on the other hand, the less appealing vast technical world hand, or the world that processes relationships between material things, is a place I often struggled with. That is, unless it had to do with bare basics or something that played a larger role in life from closer and more frequent exposures. Naturally, this is where my attraction for psychology was born. I always felt more at ease in the world of the mind, where I could lose myself in the unreal nature of my thoughts, ideas and dreams.

What is the Technical World?

Technical World – Rearrange and manage elements based on ideas and ideals. This field is nature translated into basic tools and equipment.

Technological World – Rearrange and manage super-refined materials and energy based on super-refined ideas and ideals. This field is nature translated into computers and gadgets, usually with some sort of electricity running through them in today’s modern world.

Technical knowledge covers mountains of info, and I don’t have enough years left to learn it all, nor even a small portion of it. Plus, it may be unending as one thing always leads to another. However, to maintain the little I know, there are times I need to revert to the mental archives on remembering an issue.

For instance, as a particular event played out back in the day, a lack of appeal running through my mind meant that I took only a superficial snapshot rather than grasping the deeper details: i.e., an overwhelming sense of resistance interfered with my learning/recording, and I produced an out-of-focus photo or movie that got thrown into the trash end of my mind.

Here’s a simple scenario of what I mean:

I can’t remember the exact adjustment I need to make on my bike since it felt like a chore when I first learnt it, and I wasn’t giving it my all. So now, as a consequence, the next time it breaks down I dig around for the specs like I’m performing the task for the first time.

Unfortunately, I wasn’t fully present that day and only took in a minor part of the content or a low resolution image. Silly me, I blinded myself to something I’d need to remember down the track. As a result, trying to find the necessary information in my vast pile of records in various fragments is like looking for the proverbial needle in a haystack.

Internal chattering built up into heavy resistance and my energy got taken from ‘the seeing’ as I was fixing my bike under frustrations: i.e., I was clouded or fogged up, preoccupied at the time.

In other words, the learning process became unnatural, meaning a greater effort was needed. I didn’t want to know at the time because I was fixated on something else, but I had to because I needed to ride my bike that day. Therefore, my mind lacked the natural flow needed to cleanly/clearly process the information detailing the adjustment, which should have also included the recorded measurement I’d need later on.

Natural flow comes into play when I optimise the appeal quality in my life. Not wanting to over-participate in an activity (getting carried away which has its own problems), nor under-participate (being clouded or preoccupied) in terms of inspiration and drive.

By optimising the appeal quality in my psychology, I’m also minimising resistance and reducing the mental congestion.

When I forcefully search my mind for one tiny impression so that I remember a measurement, similar to the above example, sometimes it feels hopeless, like I’m salvaging thru the junk. If I’m able to pull it up a few years later and without too much fuss, that’s perfect, I can’t complain. However, I don’t see much learning involved. I’m basically recording, like a camera. Though obviously, I do need to know where I’ve put the tape.

Oops, it went in the trash again.

Think of the game Trivia (something I completely suck at because of my preoccupation over the decades). When looking closely, we’ll notice that the winners are usually less encumbered people, which allows their brain to scan and record everyday information from a steady flow of the appeal quality. Unless, however, certain non-appealing topics were drilled in by parents and peers, and the info is ingrained forever, whether we all like it or not.

But usually, a healthier appeal quality, which is tamed positivity and less resistance/clouds, clears the stage and allows a greater or cleaner intake of information.

When optimised, I’m able to recall records of ‘numbers’, ‘symbols’ and ‘words’ with greater ease, or without digging thru too much crap. 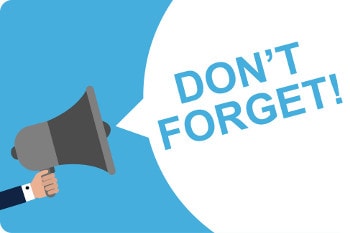 Disciplining the appeal quality (slowing down that positive replay) is what made a huge difference between a sharp, simple understanding and a complex one relying on intense recollecting. It was because the loop from attraction to resistance had lost strength, and vice versa.

Today, I’m better equipped to learn onwards and open new revelations from less processing and more seeing. I can also recall things of value faster from a cleaner intake, such as important measurements.

Therefore, the technical world, in general, became easier to understand and manage.