As more and more ideas form, the closely related systems strengthen together in a show of force and upgrade to an Ideal. Condensed packet conversion pulls me in, and I now achieve Warp Drive for a particular direction.

I want to make this significant idea a reality and manifest its contents into life by following the instructions laid out by the subsystems. Therefore I’ll try to align myself to work with a mental roadmap by attempting to produce, construct or destruct, whatever it is drawing me in. 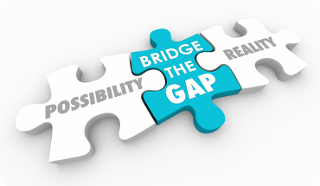 However, there is a big difference between the idea and reality, and such a bridge is even harder to build and cross for a Highly Sensitive Mind because we get caught up in the imagination.

When acknowledging an ideal today, I take into account the implications of condensed packets constantly firing away at my nerves. After all, I don’t want to be too weighed down by overwhelming sensation. Otherwise, the thing or aspect I’m trying to achieve might not fruit because of my tendency to stay in a hypnotic state. Which also means, I should hold fewer ideals and either drop or consolidate them.

Many times I’d end up a sitting dreamer as my mind drifted into a network of wild ideas.

Next, we visit my beliefs. And my beliefs on Belief as the universal force of all forces.